Plane wings with ice, frost would prevent vehicle from taking off 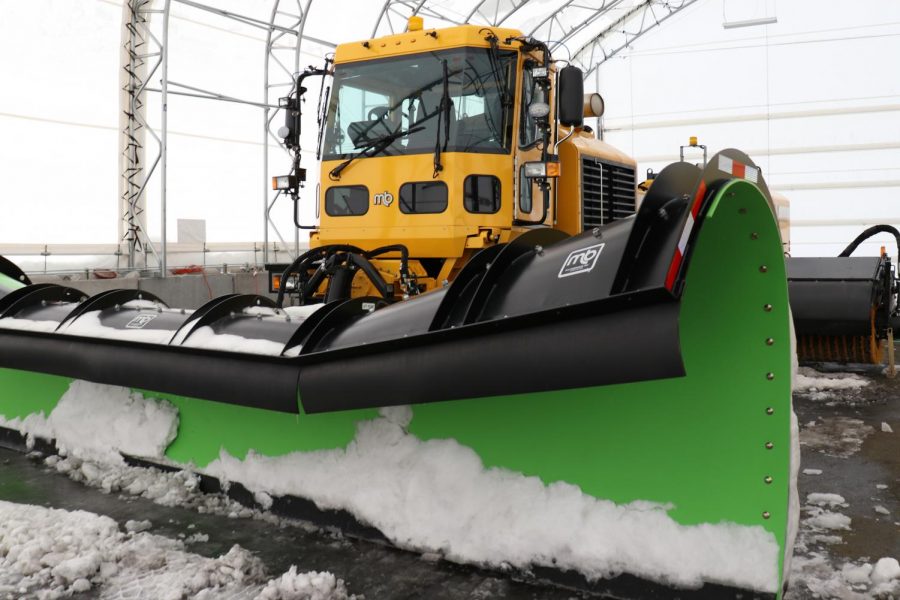 One of the many machines used to clear the airport runway of snow sits at the ready Tuesday afternoon at the Pullman-Moscow Regional Airport.

When it snows, Pullman-Moscow Regional Airport (PMRA) has a plan to remove snow and ice from the runway.

The airport uses four main plows. One specific plow has the ability to plow and broom away snow from the runway, Bean said.

PMRA operations supervisor Alex Aegerter said the multi-tool plow is Plow 3, also known as P3. He said snow removal is necessary when more than an eighth of an inch of snow has fallen. The first layer of snow is typically removed in 45 minutes and from there, airport staff maintain the runway with brooms.

“We never let the snow get ahead of us,” Aegerter said.

Bean said glycol is often used on the runway to break up ice.

“We gotta give the chemical time to work,” Bean said. “Then you can mechanically remove that with a broom or plow.”

After a snowfall, they work to clear the runway area first, he said. After the runway is free of snow, the crew will remove snow from the taxiway and the commercial aircraft ramp.

Bean said the airport’s parking lot and drive is cleared by a plow company used in town. When needed, airport staff will shovel any remaining areas.

“Last week, I think I shoveled the walk like five times in one day,” Bean said. “We just have to keep up with it. We have to always treat it like they’re gonna land that plane. We have to make sure it’s cleared off.”

The aircraft is sprayed with two chemicals after passengers board the plane but before takeoff, he said. The first melts and removes frost from the aircraft. The second chemical prevents the aircraft from flash freezing as it ascends into the atmosphere.

Bean said the chemicals used by the airport are expensive, especially the glycol at $4.50 per gallon. When snowfall is heavy, one chemical application can consist of up to 50 gallons of glycol. During light snowfall, the airport uses 15 to 20 gallons of it, he said.

Bean said removing ice from an aircraft is a safety protocol. A plane’s wing must be smooth in order to fly. A wing with ice and frost on it will lose lift and will not be able to fly, he said.

Aegerter said there are four WSU students employed to assist in the snow-removal process.

“If it snows, we have to be out there,” he said. “It’s just going down in circles, plowing and brooming.”

The students work afternoons and nights after their classes, he said.

“We couldn’t do it without the WSU [students],” he said. “They get an education and we pay them minimum wage. It’s kinda like cheap labor, but they get the benefit of learning on the airfield and fire service.”

Bean said airport officials give live updates to incoming pilots during snowfall and the removal process. The updates include runway availability and contamination. Contaminants include any slush or dry snow present on the runway.

“We don’t want it [to be] worse than wet. We do everything erring on the side of caution and safety,” Bean said. “People get frustrated, but if we have a delay it’s because we want to make sure your travel is safe and you get to your destination.”