Cougars look to split with Stanford, pick up second win over Cal this weekend 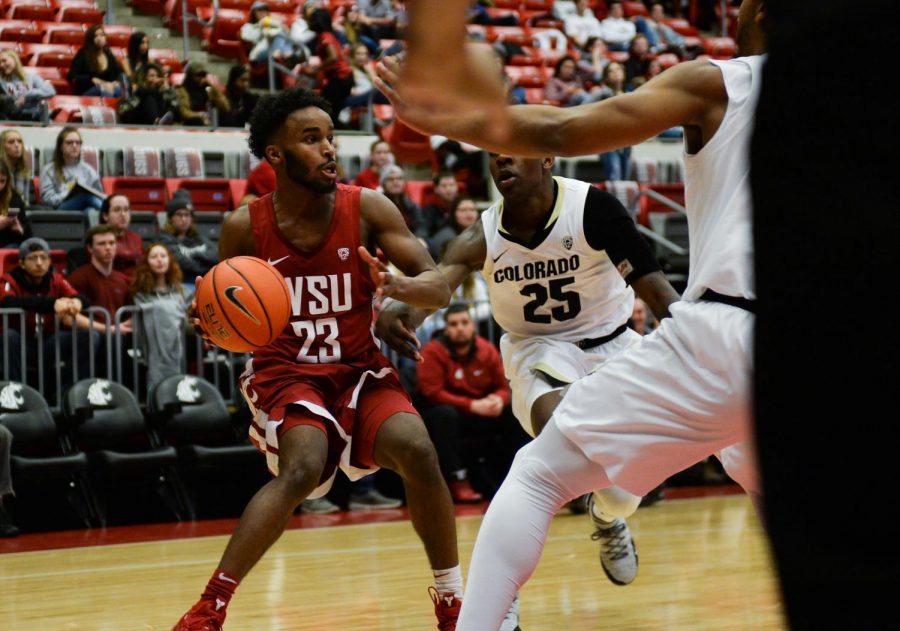 WSU men’s basketball hits the road for the final time this Thursday when they head to the Bay Area for a pair of games against Stanford and Cal.

The Cougars are coming off a 1-2 homestand where they put on a strong showing in two of their three games but were bombarded by an avalanche of three-pointers this past week against Utah.

Stanford will be a challenge with the Cardinal offense having sophomore forward KZ Okpala back in the lineup after Okpala was out due to an injury the last time the two teams faced each other.

Okpala, a projected top-10 pick in this years upcoming NBA draft, is a huge threat to WSU on both ends of the court. However, WSU still put up 66 points the last time these two teams met.

Head Coach Ernie Kent said regardless if Okpala is in the lineup or not, Stanford is always a formidable team to face on the road.

“Stanford has always been a tough opponent,” Kent said. “Obviously we’ve not had success there since 2011, so this is a big challenge for us.”

The Cougars nearly defeated Stanford back in mid-January, but Stanford’s three-point threat hurt WSU in the final minutes.

Kent said Stanford’s two losses this past weekend will make them hungry for a win to improve their spot in the Pac-12 tournament.

“They’re coming off a loss to Arizona so I’m sure they will continue to be in the hunt for positioning as everybody heads towards Las Vegas for the tournament,” Kent said.

After Thursday’s game against Stanford, the Cougars will face the Golden Bears on Saturday evening in a must-win matchup for their final road game of the season.

The Golden Bears have lost sixteen straight games and are winless in conference play this year.

Cal has four players who average double figures in points, which is two more than WSU. However, the Golden Bears only average 68 points per game and the bench ranks among one of the worst in Pac-12.

Kent said he’s anxious to see how his bench performs as they are expected to get more minutes. Kent is also excited to see how sophomore small forward Marvin Cannon will play, since he is becoming a big threat toward opponents.

“The bench has an opportunity to really step up,” Kent said. “I’m looking forward to seeing some of those guys who usually don’t get a lot of minutes just a chance to step into those roles to play and perform at this level.”

The Cougars will take on Stanford starting at 6 p.m. on Thursday as they look to pick up a key win of their final road trip of the season.