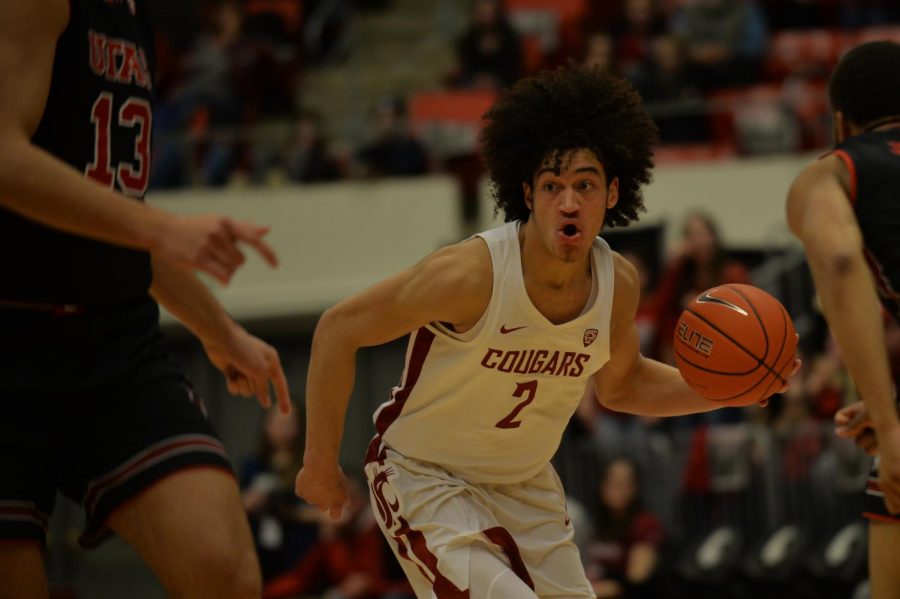 There are certain games that are memorable because of exciting plays and impressive performances. However, there is another side of that story where some games are forgotten as quickly as possible.

The latter was the case for the WSU men’s basketball team Thursday night. The Cougars (11-17, 4-11) were embarrassed 98-50 by Stanford on the road.

The loss was the Cougars worst with Head Coach Ernie Kent at the helm. WSU shot 23 percent from the field in the first half and only scored 15 points.

WSU was hampered by offensive mistakes and turnovers, helping Stanford dominate on both ends of the court.

At the halfway mark, the Cardinal held a 31-7 lead to put the game away as fast as it started.

The first half could not end quickly enough for WSU. The Cougars trailed 52-15 at the break. Junior power forward Isaiah Wade had a team high five points at halftime.

Kent needed his team to make drastic changes at the half to get back into the game, but unfortunately the final 20 minutes was much of the same.

The Cardinal were able to extend their lead to 42 points and continue their dominance of WSU in all forms of the game.

If there was one player who didn’t seem fazed by the blowout, it was freshman forward CJ Elleby. He finished the night with a team-high 16 points after hitting a trio of three-pointers from well beyond the arc.

When the dust settled, the final score was 98-50. A once-hopeful WSU team that had won three of four conference games is back to its woeful ways as they limp toward the end of the season.

Senior forward Robert Franks only scored 11 points in the game.

Besides Elleby and Franks, the Cougars other three starters scored a combined seven points in the game.

Stanford sophomore KZ Okpala scored 22 points and had eight rebounds in the game.

The Cougars could likely see Stanford one more time in the first round of the Pac-12 Tournament in two weeks. Hopefully, this performance won’t repeat itself if the two teams meet again.

The Cougars travel across the Bay to Berkeley to take on Cal 4 p.m. Saturday at Haas Pavilion. The game can also be seen live on Pac-12 Networks.