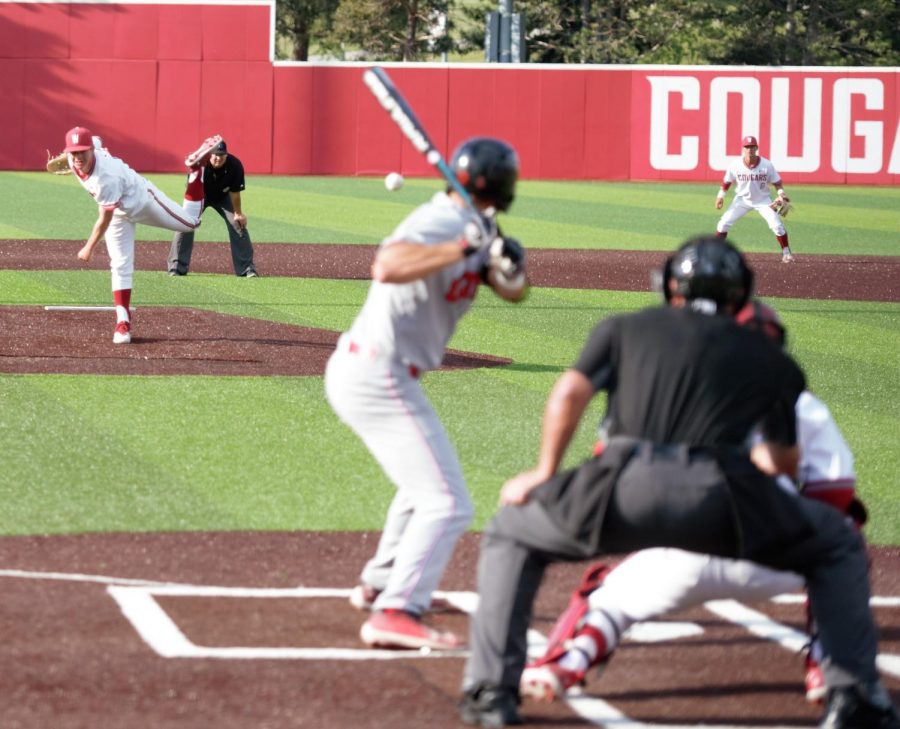 Then-freshman left-handed pitcher Bryce Moyle throws a pitch during a game against Utah on May 24.

WSU baseball surrendered a late lead in an 8-1 road loss to University of Nevada, Reno on Friday.

The Cougars (3-7) got off to another hot start, loading the bases after a throwing error by the Wolf Pack (7-2). However, WSU would only score one run on a fielder’s choice RBI-groundout from freshman infielder Kyle Manzardo.

Junior left-handed pitcher AJ Block got the start for the Cougars. He was looking to rebound from his season debut performance against Saint Mary’s where he went 4 1/3 innings and gave up four runs.

Block got into some trouble in the first but forced a double play to keep the Cougars on top 1-0.

Through three innings of play, both WSU and Nevada couldn’t capitalize on offense. Block had given up just two hits and was looking unpredictable with his mix of pitches.

What looked like an easy double by the Cougars in the fifth inning turned out to be a phenomenal diving catch from Nevada freshman Nick Seamons as both teams continued to struggle.

For the first time since the first, Block got into trouble in the fifth and Head Coach Marty Lees put in freshman left-handed pitcher Ky Bush. Block pitched 4 2/3 innings, allowing four hits and no runs.

Bush’s rough start to the season continued as he would give up two runs in the sixth inning to allow the Wolf Pack to take a 3-1 lead.

A solo home run followed by a monster grand slam in the eighth inning helped Nevada pull away and secure the 8-1 win.

First pitch for the third and final game of the season is set for 1 p.m. Saturday at Peccole Park.