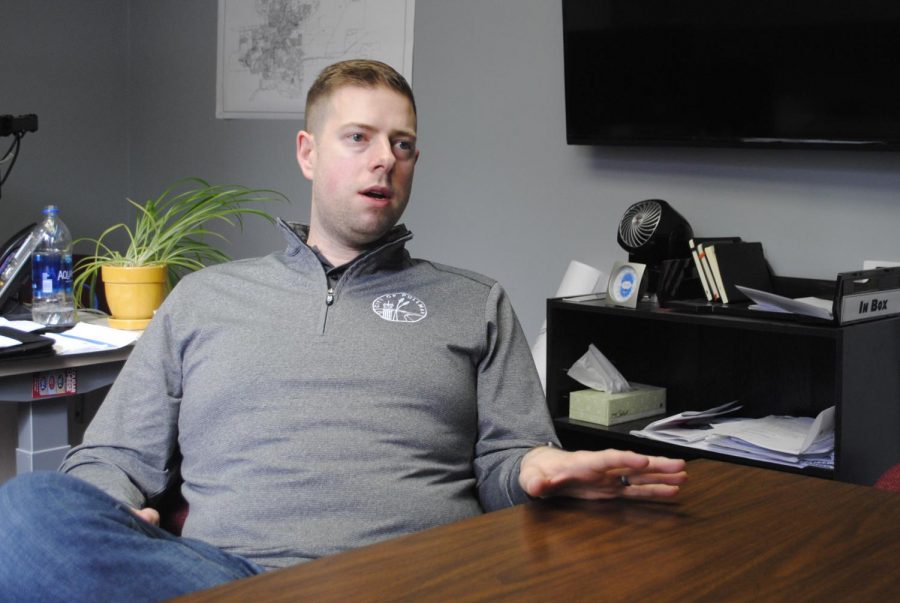 Adam Lincoln, City of Pullman administrator, discusses his role in overseeing the remodel of the city's website at Pullman City Hall.

The City of Pullman is in the process of getting a new website.

The website has a budget of $55,000, which also includes other services, wrote Morgan Sherwood, City of Pullman information systems technician, in an email.

The redesign will work to become more user-friendly. Lincoln said the Pullman Chamber of Commerce is working to create a business portal. The City of Pullman would like something similar on its new website, including information on how to have the proper permits to remodel a storefront and other questions in that vein that people have, he said.

The website will look considerably different. It will have more visuals, including photos and videos, but they will not be added right away because they do not have anyone assigned to this specific job, he said.

The website will be more accommodating to the Americans with Disabilities Act. It will have better verbal cues, and pictures will be tagged, he said.

“The layout should be more driven by what you’re looking for, not just by department,” Lincoln said. “We want it to be a totally new look and feel.”

The city designated CivicLive, a company with experience on designing municipal websites, to design the website, Lincoln said.

The company uses data from different cities to know what people want in a website and how people want to search for that information, he said. Right now, Lincoln said it is hard for people to find the information they are looking for on the site. They hope to resolve this with the new website.

The city looked at CivicLive among 13 or so other companies to redesign the website. One of the main reasons the city chose CivicLive was because the company said it would consult with residents to see what locals would want in the website, Lincoln said.

There will be more views of Pullman on the website. CivicLive has incorporated drone footage into some of the websites it has designed, and the City of Pullman has access to drones, so it could include that at another point.

Lincoln said he thinks the new website is estimated to be done in early fall. However, he said he personally believes it will take a little longer, in late fall or early winter, because of how much work is being put into the project.

The city’s website should guide users with legitimate questions to the right area on the website, Lincoln said, rather than have the user try to find out on their own who they should contact about concerns.

The website is cluttered. It has old information on it that the average citizen is not looking for, such as old meeting minutes, Lincoln said. While that should still be available to the public, it should be in an archive.

The City of Pullman has created a survey to garner suggestions for the new website.