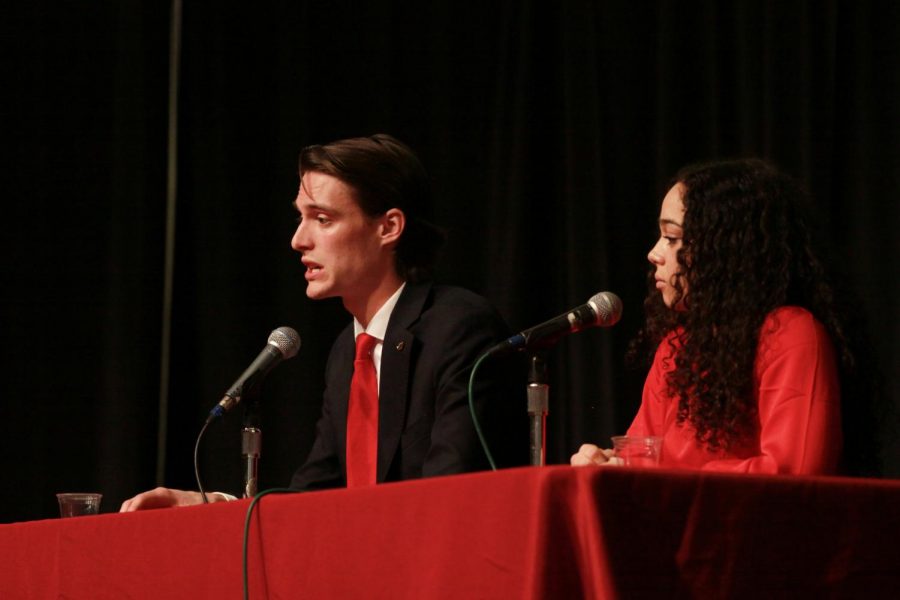 These two candidates consider mental health and sexual assault the greatest issues on campus. Their solutions to these problems are clearly stated throughout their campaign.

The only real choice in this year’s ASWSU Elections is Quinton Berkompas and Jhordin Prescott because they focus on what really matters on campus: mental health and sexual assault.

“One of the biggest problems [people] don’t necessarily know about it [is that] we have one mental health counselor for every 1,700 students, and we have three full-time positions that we can’t hire anyone for,” Berkompas said.

Mental health is a large problem on campus, whether we like to talk about it or not. With such a disparity between counselors and students, those who go without help could find themselves in real danger. Berkompas and Prescott focused on what they see as a problem and already have an idea of how to solve it.

“The funding is there for these three full-time positions, so … we know that there is funding available for this,” Berkompas said. “We can prioritize this over certain other projects so that mental health stays a real priority.”

Because of a lack of interest in the counselor position at WSU, Berkompas wants to hire temporary staff during stressful times at school, including midterms or the dead and finals weeks. This is a revolutionary plan to combat the mental health issues we have on campus and is a huge improvement over what we have in place now.

But this isn’t the only topic this campaign wants to address. They want to further continue and increase support for our sexual assault survivors.

“We really want to make a student-led coalition unifying the university as a whole,” Prescott said. “This coalition is designated to really make sure that we are supporting our survivors.”

An important part of fostering a restorative WSU community is through this support. Any sort of student-led organization whose goal is to unify campus and combat sexual assault is a wonderful idea that should be implemented by the two people who best understand it.

“We will have student leaders from ASWSU, Greeks, multicultural organizations, RSO and RHAs,” Prescott said.

The implementation of this sort of organization is a revolutionary idea, strengthening the community here at WSU. Many of these groups are very tightly knit and offer multitudes of options to support one another. If all these organizations come together to aid survivors of sexual assault, it would put the saying “Cougs help Cougs” in action.

The Berkompas-Prescott campaign is the best option if you want to see sweeping change here on campus. Don’t let my words speak for them. Listen to theirs. Once you hear what they have to say, it is impossible not to want to vote for Berkompas-Prescott. Go out and vote for these two talented individuals and watch how campus changes for the better.