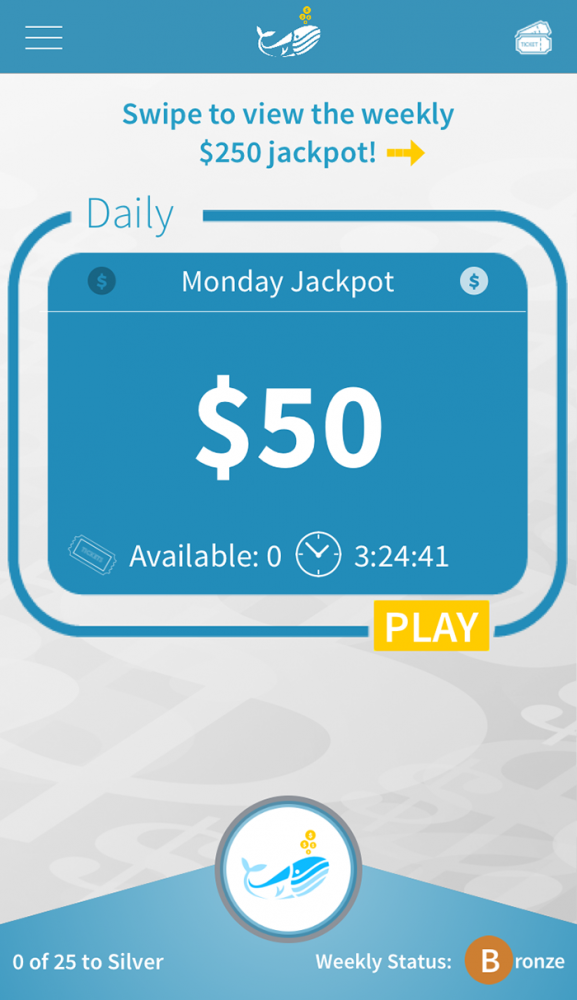 Grattis, Swedish for congratulations, allows users to enter daily $50 or $250 jackpots for free.

A team of WSU students designed an app that allows users to win jackpots up to $250 by submitting free virtual tickets.

WSU junior Thad Lewis, CEO and cofounder of Grattis, said the app is not too good to be true.

“We’re just trying to give people free money,” Lewis said. “It really isn’t a scam, and it really is as simple as people say it is.”

Grattis, which launched on April 26 for iOS users, features daily jackpots that are completely funded through advertising revenue, Lewis said. All users have to do is watch a short ad before submitting a jackpot ticket.

Lewis said he became fascinated with the psychology of gambling and developed the app to offer a free alternative.

“I figured out a way where I could make it completely free for people instead of people having to spend money out of pocket,” Lewis said. “I know how destructive that world [is] for people, whether it be the lottery or gambling or anything really.”

Currently, Grattis features a daily jackpot of $50 with the exception of Fridays, which feature a $250 jackpot instead. All jackpots close at 5 p.m. Pacific Standard Time.

Zari Otedola, chief operating officer of Grattis and a senior strategic communication major, said his team hopes to expand the number of daily jackpots as the number of users increase.

“The traffic we garner through the app will determine how much money and how many jackpots we can give out on a daily basis,” Otedola said.

Lewis said his team plans for Grattis, named after the Swedish word for congratulations, to expand not only to Android but to a web-based platform for computer users.

Kelsey Phariss, a WSU student who graduated this semester with a double-major in history and psychology, said she joined the Grattis team because of the app’s philanthropic efforts.

“This is a really cool opportunity to open up a dialogue about how money and apps like this can change people’s lives,” Phariss said. “You never know how far $50 or $100 or $250 can go for someone.”

Pharris, the chief marketing officer for Grattis, said the app also matches two percent of jackpot winnings to a charity of the user’s choice.

An entrepreneurship major, Lewis said he and his team are reverse-engineering the business cycle to favor individuals.

“We’re taking money from large advertising corporations and we’re giving it back to random people in a completely fair way, where everybody has an equal chance and an equal opportunity to win money,” Lewis said.

The app requires no confidential information to play. Users can choose to have their winnings mailed to them or delivered through a third-party payment app called Venmo, Phariss said.

“It is an amazingly simple, accessible and actually really entertaining way to win free money,” Phariss said. “To a college student, that just sounds like heaven.”

“It’s surprisingly not as time consuming as I initially thought it would be,” Otedola said. “Just download it, enjoy and win some free money.”