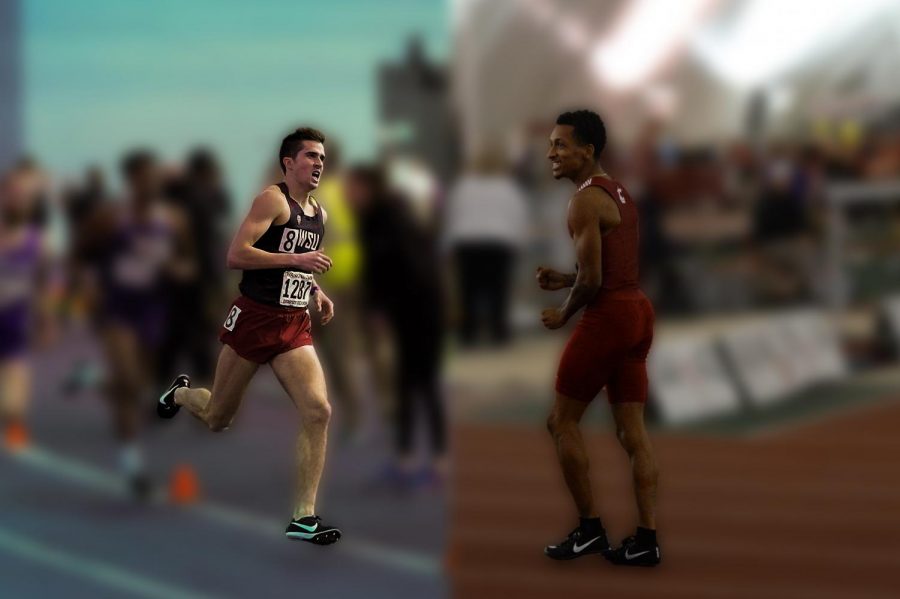 Mile runner redshirt junior Paul Ryan and 60-meter sprinter junior Emmanuel Wells Jr. will represent WSU on Friday in the semifinals. Ryan will compete at 5:50 p.m. and Wells will compete at 7:07 p.m.

Ryan is from Pullman’s neighboring town, Moscow. This season was a breakthrough in time and confidence for him, he said.

At the MPSF Indoor Championships, he broke the four-minute mile record when he ran the event in 3:58.79. This put him at the fourth-fastest time in WSU history.

All the hard work he put forth over five years raced through his mind after he broke the four-minute mile, he said. Breaking that mark was one thing he expected to do, but was shocked when he found he qualified for the NCAA’s, he said.

“I was pretty stoked, to be honest,” Ryan said. “I did not expect this to happen coming into the season.”

Ryan said he wants to make it to the finals and give it everything, which he described as a feeling of giving all your energy you possibly can; this feeling is unique to a distance runner, he said.

Ryan is tied for the No. 18 rank in the mile with Texas senior Alex Rogers.

Wells grew up in Seattle but transferred to WSU from Central Arizona. He said this season is everything he dreamed of, and wants to bring home a national championship in the 60-meter to WSU.

Wells said he wrote down all his goals and put them on a wall. The goals included breaking WSU’s 60-meter record, making it to MPSF Championships, making it to NCAA Championships, getting personal bests, and promising himself he will always be the best version of him that he can be.

“I had to readjust some of my goals because they came so quick,” Wells said.

At the Bronco Indoor Invitational, he ran the 60-meter in 6.72 seconds. Two weeks later, he ran it in 6.67 seconds. The following week, he recorded another personal record at 6.65 seconds.

“Sometimes I find myself not noticing my accomplishments cause I’m always trying to strive for the next one,” Wells said, “but people always say that to me like ‘You’ve PRed every week.’  ”

On Feb. 9, he set the WSU indoor record with a sprint of 6.53 seconds, his personal record.

Wells is the No. 4 seed, behind No. 1 Holloway, No. 2 Oduduru and No. 3 NC State junior Cravont Charleston.

At NCAAs, he will compete against USC freshman Brendon Stewart and Oregon senior Cravon Gillespie from the MPSF, who are both seeded below Wells.

At the MPSF Championships, Stewart finished first in 6.60 seconds, Gillespie finished second in 6.62 seconds and Wells finished in third with a time of 6.65 seconds.

There has been personal and mental growth for Wells during the season and he believes attitude affects ability.

The NCAA Indoor Championships begins Friday at the Birmingham Crossplex in Birmingham, Alabama.