Student athlete pay is not worth the price 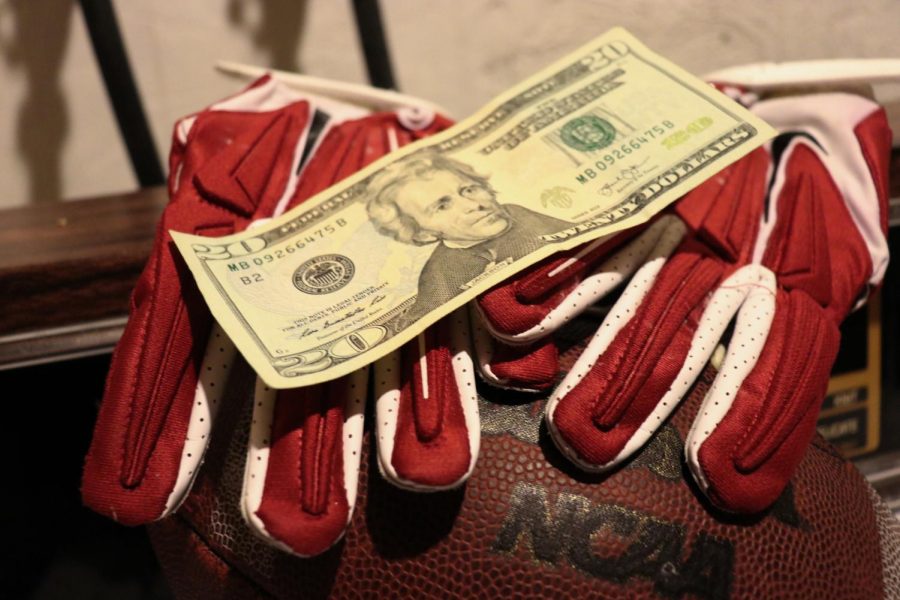 Students taking up the mantle of representing this school’s athletics deserve worthwhile compensation, but there’s a point where it becomes superfluous. Providing these students with a monetary stipend along with scholarships and personal facilities is that point.

Student-athletes should not be paid because they already get more aid than other students.

Schools construct facilities for teams to exclusively train on campus and provide special grants, scholarships and a specific dining hall for their use. University athletics is one of the largest sources of income for any school, but also one of the largest costs.

Both Washington State University and the University of Washington oppose House Bill 1084, which would allow college students to receive compensation for their athletic services while in school.

“The NCAA, which governs our participation in collegiate athletics, does not permit the paying of student-athletes. So to do so would jeopardize our membership in the Pac-12 Conference and the NCAA,” said Bill Stevens, associate director of athletics at WSU.

Though this is just the official response of WSU Athletics, the school would also suffer because the payment of student-athletes would reduce the amount of money WSU would make. WSU got a recorded profit of over $5 million in 2016-17 fiscal year. UW had almost $4 million profit in the same year.

“We understand the well-meaning intentions of the bill, we do have serious concerns that this law would encourage student-athletes to violate the NCAA bylaws,” said Joe Dacca, director of state relations for UW, in a public hearing last month.

Simply put, no sports program wants to be kicked out of the NCAA, even if it’s just an excuse to not cut into university funds. These profits are often distributed to other sports programs but are also critical to the recruitment process for both UW and WSU’s football teams.

Being able to entice prospective star players to come to Pullman is no easy task, especially when there are larger and more financially powerful schools in the Pac-12. If the payment of student-athletes becomes the norm, WSU could not possibly compete toe-to-toe with USC unless all athletic funds are given to the football program.

These schools often provide financial aid to these student-athletes. While this doesn’t pay athletes directly, it’s a hefty compensation.

These students are often said to be taken advantage of even though they often receive a very cheap, if not free, education. Tuition plus room and board are about $37,000, which is a huge financial weight off of athlete’s shoulders. If these players choose to squander their education, it falls on them.

“College is preparing all of us for what we’re going to do afterwards,” said Brittany Norberg, a junior majoring in English. “[It’s] their choice to prepare themselves for their future.”

They took the opportunity to get an education by playing a sport that a school recruited them for, a hike in tuition or funds from another department would not be worth paying student’s salaries.

People who comment on this issue focus on how so many student-athletes struggle to make money after they graduate from school. Giving them money while they play at a college level won’t help them in the future, it only gives them more money to use while at school. Throwing money at a problem is a quintessential American solution, but this method rarely works in its intended goal. Paying student athletes does not benefit anyone involved, it would most likely only create a rise in tuition rates and eliminate sports programs across the country.

It’s nice to have a decent football team here at WSU. If paying of student-athletes becomes a law, only schools with incredibly large athletic funds would be able to compete at a high level. The quality of our teams shouldn’t suffer just because our school doesn’t have the money.