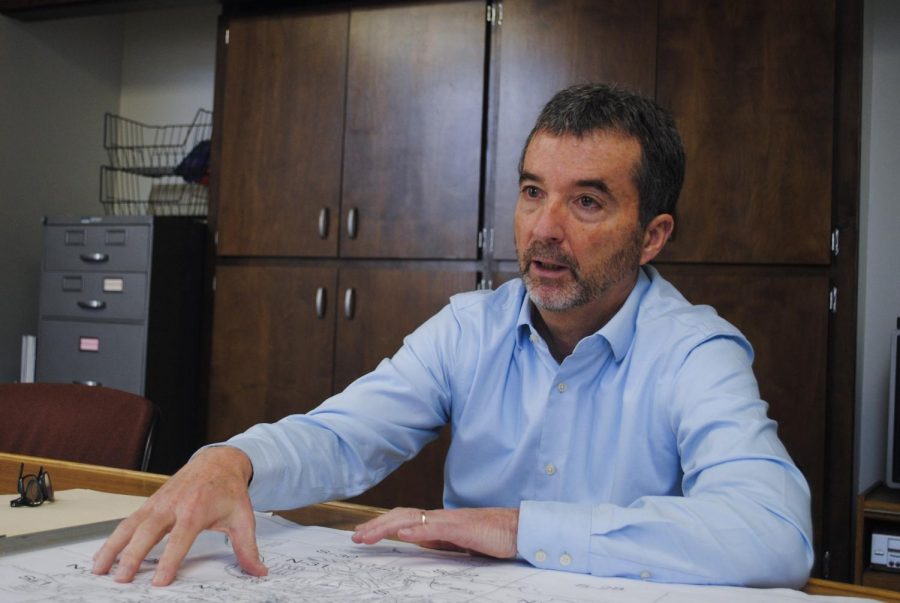 Pullman city officials will put a project out to bid within the week regarding the renovation of three sidewalks that pose slipping hazards for residents.

Ruth Younce, project engineer and the city’s engineering technician, said the project is estimated to cost between $400,000 and $500,000.

Water runs along walkways and freezes during the winter, which can cover 100-foot-long sections of sidewalk in ice, said Kevin Gardes, Pullman’s public works director. People have already slipped on the walkways due to icy conditions.

“We’ve had trouble with groundwater coming out during the winter months … it’s just not safe,” Younce said.

Catch basins and installed pipes along the walkways will intercept water before it becomes ice in the street, Younce said. She said the water from the trench drains will be drained into Wawawai Creek, and the pipe installation can take up to two weeks.

In addition to these developments, the sidewalk project also focuses on improvements for Pullman City Hall at 190 SE Crestview St., she said.

The project will develop near Crestview Street, Younce said. More rock will be taken out to increase the size of the sidewalk to seven feet wide. The driveway and landscape will be altered, the entrance will be changed, and the renovated Crestview sidewalk will be ADA compliant.

“[Crestview] is treacherous in the winter time,” Gardes said.

This project has been in the works for a year, he said. Project engineers began planning by defining the project, determining what the utilities would cost, and surveying the areas. He said the preparation took longer than expected because they needed to figure out how to approach rock removal by Crestview Street.

Gardes said the project will be put out to bid until a contractor decides to be involved. The city is required to have competitive bids on projects, he said, and then they will award it to the lowest bidder.

Younce said after a contractor picks up the bid, construction will begin in May and last until September.