Board to increase campus living rates

New rates take effect next academic year, will not go beyond 2.3 percent increase 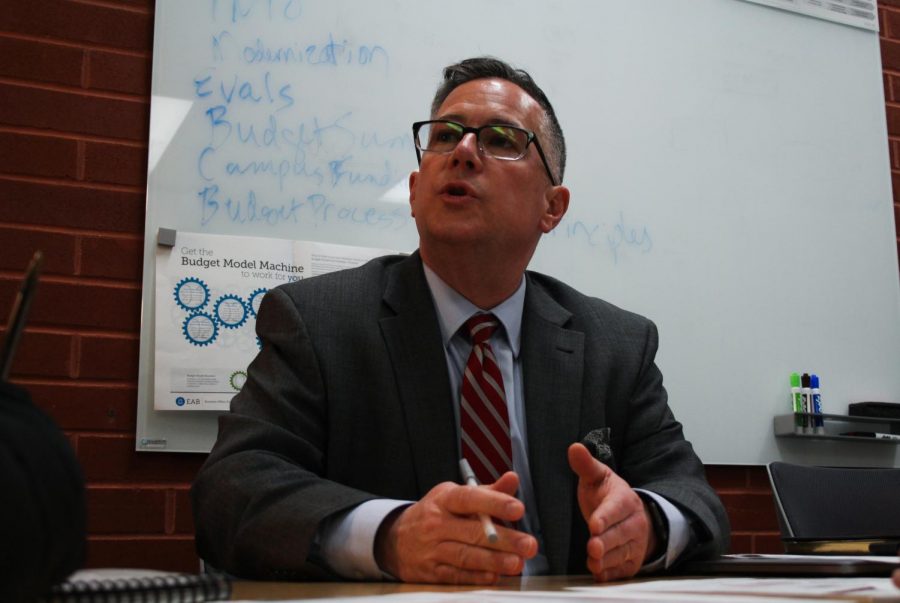 Phil Weiler, vice president of university marketing and communications, says the board spent the fall 2018 semester and part of this semester working on rates that would fit student interests.

The Board of Regents unanimously approved a recommendation from the Housing and Dining Advisory Board to increase housing and dining rates on campus.

New rates will not exceed 2.3 percent for those in residence halls and 2 percent for residents in on-campus apartments, said Phil Weiler, vice president for marketing and communications. He said the board spent the 2018 fall semester and part of this semester looking at needs for the 2019-2020 upcoming academic year.

He said there will be a 5.9 percent increase for the employment of student workers due to the increase in the state’s minimum wage. There will be a 2 percent food increase and a 3.5 percent utility increase.

Weiler said a lot of research shows students are far more successful if they live on campus their first year because a college experience marks a big change academically and socially. It is important to focus on housing and dining on campus, he said, so students can establish these important connections.

“That’s why WSU requires most students to live on campus their first year,” Weiler said.

The Housing and Dining Advisory Board is comprised of eight student representatives and six staff members from WSU Housing and Dining, Weiler said. Over half of the group are students in order to guarantee the student body is being represented.

Marguerite Crockem, a senior and RHA representative on the Housing and Dining Advisory Board, said this increase will add to the overall well-being of students on campus. As an RHA representative, Crockem said she has heard what students want to see during their residency, such as cozier lounges and more dietary information in dining halls.

“The quality of the food will make people want to stay and connect with other students,” she said.

Crockem said the board voted to hire two on-call custodians who go into the residence halls at night for emergency cleanup situations.