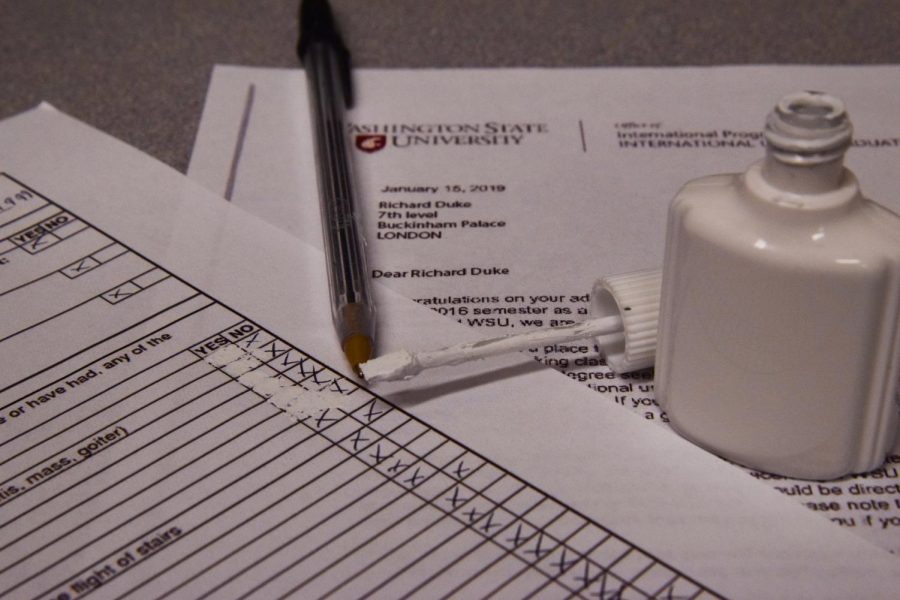 Officials have traced fraudulent medical records back to admitted WSU students who are less likely to be accepted due to heart conditions and other chronic illnesses.

It’s been said that all a person needs to get into WSU is a heartbeat, but that alone can be more complex than it seems. Investigator Henrietta Ploy found that parents of students with a medical condition such as a heart murmur would pay fraudulent medical professionals to fake their child’s medical records to increase their chances of getting into WSU.

“I found that students with heart conditions are, in fact, less likely to get into WSU since their risk of a shorter lifespan decreases the amount of money they will pay to the Alumni Association in the future,” Ploy said. “These fake medical records erased all evidence of chronic health conditions.”

Some of these fabricated records included false testimony from geneticists claiming the prospective student was predisposed to specific routes of success. One student’s records mentioned they would likely be the next ASWSU president; another stated the student had all the markings of a Boeing CEO who would attend every home football game and buy Cougar Gold at least once a month.

Also found to be involved were several members of law enforcement from around the country. Ploy found three cases, all in different states, of parents bribing personal lawyers to fabricate rap sheets for their goody-two-shoes children.

“In my case, I had a WSU alumna who treasured her years of partying in Pullman,” said Irma Brightest, a lawyer out of Idaho who agreed to testify in exchange for a lighter sentence. “She was worried her square of a son would have too many colleges interested in his high GPA and test scores. The rap sheet serves both as a deterrent and proof that the son is prepared for WSU party life.”

The son in question had scored 35 out of 36 on his ACT, a score “much too high for WSU,” Brightest said. The mother originally planned to bribe her son’s high school to replace his excellent test scores but opted to work with Brightest since the school would likely be more invested in seeing her son go to an elite college.

As with the national case, WSU Athletics was involved in the admissions scandal. Ploy, after looking at the abysmally low success rates of certain WSU sports teams, discovered that 80 to 90 percent of the players on those teams had never played the sport in question before coming to college.

“We’ve connected all of the fraudulent student-athlete recruitments to a phony admissions counselor in Seattle,” Ploy said. “It’s very possible he not only faked student-athlete profiles but also coaching credentials. [WSU Director of Athletics] Pat Chun has been dealing with this scenario a lot in the past couple of weeks.”

Officials from the NCAA will be looking into the case as it develops further, primarily investigating the Seattle admissions counselor for ties to the rival school University of Washington.

After this information was leaked to Twitter on Wednesday night, several Cougar hopefuls Tweeted asking if any discoveries made by investigators might reverse prior Apple Cup rulings, but it is yet unclear if this is the case.