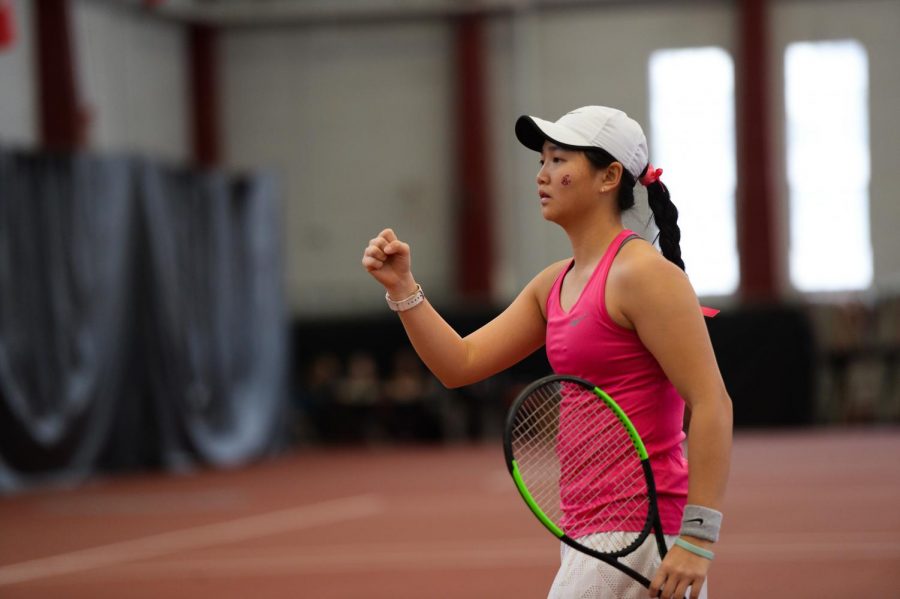 WSU tennis will face Boise State on Saturday in its last non-conference match before returning to conference play for the remainder of the season.

The Broncos find their success at home as they are 6-1 in Idaho, but haven’t won a single road game yet. Boise State has faced two Pac-12 teams this season, losing 5-2 to Utah but winning 4-3 against Colorado.

The Broncos beat Eastern Washington — a team the Cougars swept early in the season — 4-3 in Boise, Idaho on March 9. WSU lost in Boulder, Colorado, against the Buffs 4-3, a missed 1-3 comeback and its second conference loss of the season.

Although the Broncos beat the Buffaloes, sophomore Michaela Bayerlova does not think this will affect the team’s performance.

“We’re just gonna play our game,” Bayerlova said. “It doesn’t matter who’s on the other side.”

The Cougars recently defeated Oregon 4-1 for their first conference win of the year. This win raises the performance expectations for the rest of the conference season, Head Coach Lisa Hart said.

“I think we need to just focus on controlling what we have control over,” Hart said. “Controlling ourselves and how we play, and not [worrying] too much about them.”

Despite being a neighboring state, the two teams have rivaled each other consistently throughout the years and have been a part of each others’ invitationals a multitude of times.

In the past ten years, the Cougars were a part of four Boise State invitationals.

In the last 13 seasons, WSU holds a 6-4 record over the Broncos throughout the past 10 matches. The Cougars have beaten the Broncos the past five contests with the last win being a sweep for WSU in Boise last season. The last time the Broncos beat WSU was in 2011 when they took the 4-3 advantage.

Despite the success this season, Hart said the match will still bring a challenge.

“You know Boise State is always tough,” Hart said. “It’s kind of a regional match that’s been very competitive in past few years.”

The Cougars will host Boise State at 10 a.m. on Saturday in Hollingbery Fieldhouse as they hope to pick up their final non-conference win.