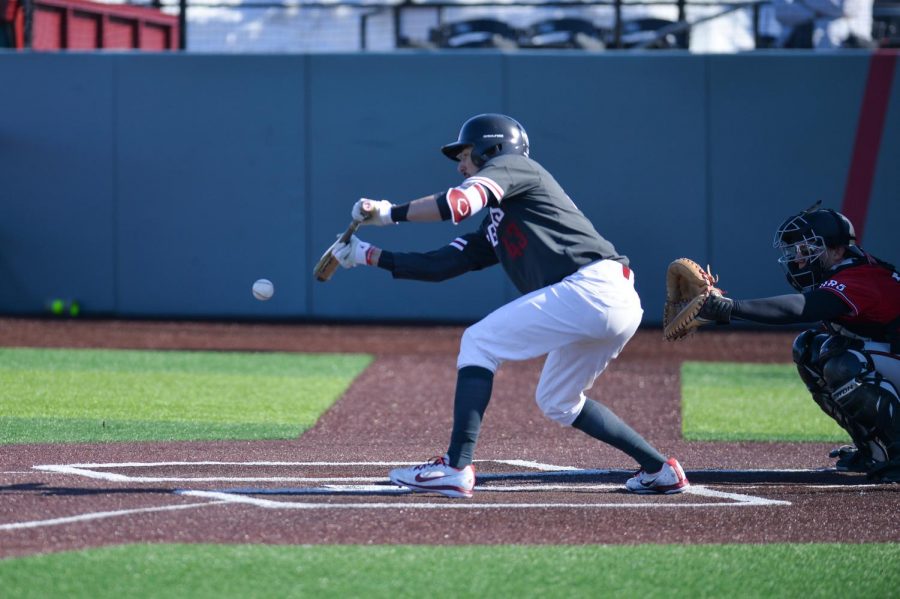 WSU baseball will compete in a three-game away series against No. 22 University of California, Irvine starting Friday.

UC Irvine (12-4) is coming in hot after demolishing Utah Valley in a three-game series, outscoring them 49-8 and winning each game.

Despite coming up short by one run in two of the three games against the Sun Devils, Head Coach Marty Lees said the Cougars took a lot of positives away from competing with an undefeated team.

“We did a lot of very good things on all parts of the game … we just couldn’t make that extra pitch with two strikes,” Lees said.

In the series finale against ASU, the Cougars attempted to spark a ninth-inning rally by loading the bases with one out. However, the Sun Devils’ bullpen held their own and shut down the WSU batters, winning the game 6-5.

Sophomore outfielder Collin Montez said he is excited about the remainder of the season following their tight series against ASU.

“After last weekend, that proved how much better we really are, how good we can be,” Montez said. “It showed us that we can really compete with any team.”

During the series against the Sun Devils, Montez had six hits and one RBI.

“I think we just need to fix the minor details like baserunning. We got doubled up a lot,” Montez said.

Montez is leading the team in batting average this season hitting .343 with eight RBI and two home runs.

Montez said the Cougars have developed more belief in their ability to play as a team as the year has progressed.

“Confidence is key,” Montez said. “Early in the season, we didn’t really have a lot of experience playing at the [Division 1] level, and now everyone’s getting their reps in.”

The Anteaters have four batters who are hitting at or above .300, including leading hitter sophomore outfielder Mike Peabody. He is hitting .455 with 13 runs and nine RBI.

UC Irvine also has an elite pitching staff that has a combined team ERA of only 2.83.

WSU will have to buckle down on its pitching as they have been in a five-game slump, giving up 49 runs over the last five games.

But Montez said he is optimistic about the upcoming series.

“I personally don’t think we need to change a thing,” Montez said. “[We] just need to play how we did last weekend.”

First pitch for the series opener is set for 6 p.m. Friday at Anteater Ballpark.