Freshman grew up on a baseball field, father helped him find passion 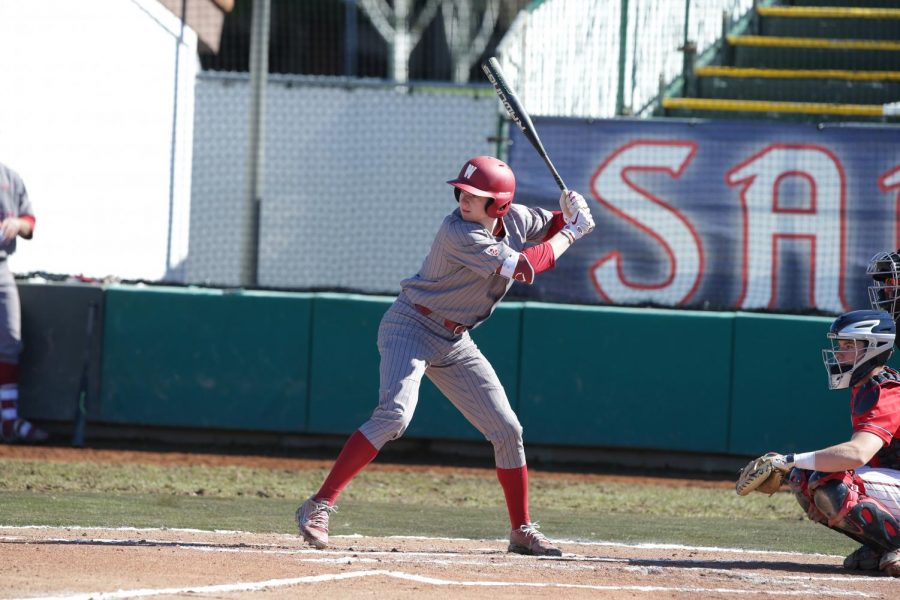 Kyle Manzardo was surrounded by baseball since before he learned how to walk.

While his father, Paul, was the head baseball coach at North Idaho College from 1998-2002, Kyle crawled in the dugout as a baby and took in the sights and sounds of the game he would come to love.

At 3 years old, the freshman infielder was in the backyard practicing with a Wiffle ball and bat. A year later, he started playing Tee-ball in Coeur d’Alene, Idaho, and he hasn’t stopped swinging a bat since.

“He was born into baseball,” Paul said. “He was always extremely competitive as a young child, and he really liked anything that had to do with sports.”

Kyle’s passion for the game grew from his father, who played baseball collegiately at Ferris State University in Big Rapids, Michigan.

After college, Paul found his way to North Idaho College and has been working within the physical education department at the university for the last 25 years.

Paul was also the head baseball coach until 2002 when the program was cut. This allowed him to devote more time to helping Kyle get into the sport and eventually get involved with the Coeur d’Alene Little League.

Paul guided Kyle through the sport and instilled the fundamentals of the game in his son. He also taught Kyle the unwritten rules of baseball and how to carry himself on and off the field.

“Our big thing was respect the game, and be humble in defeat and gracious in victory,” Paul said. “I constantly preached that in the house.”

Paul has coached his son for his entire baseball career except for the past three summers, during Kyle’s freshman year in high school and now, as he is in the midst of his first season with the Cougars.

The 18-year-old realizes how much of an impact his dad had on Kyle becoming the player he is today.

“He taught me everything I know,” he said.

In his sophomore year at Lake City High School in Coeur d’Alene, Kyle won the baseball 5A state championship in his dad’s first season as the team’s head coach.

Fellow freshman infielder Kodie Kolden was also on that team. He said it was a special moment, and he remembers seeing a picture in the Coeur d’Alene Press of him on the mound with his hands up and Kyle running toward him.

The duo started playing together around the age of 14, and, prior to that, they competed against each other in Little League.

Kyle and Kolden were a one-two punch in high school as they typically hit back-to-back in the batting order and drove each other in. The duo also played on the left side of the infield on defense, and their opponents did all they could to avoid hitting in their direction.

The tradition carried over to WSU as both of them have started every game for the Cougars this season.

As the designated hitter, Kyle is hitting .256 with two home runs and a team-best 17 RBI. Kolden said what makes Kyle so good is the baseball always finds the sweet spot of his bat.

“He can definitely swing it,” Kolden said. “I don’t how, but he gets barrels every time. Every at-bat, it’s like another barrel.”

Kyle said the transition to Pullman and living away from home was smooth due to Kolden.

Kyle also has a younger brother named Marcus who is currently a sophomore at Lake City and is starting at second base this season.

Marcus, 15, said his big brother has had a major influence on his baseball career and that Kyle gives him advice whenever he can. He admitted it has been difficult to follow in Kyle’s footsteps in high school due to the legacy he left behind.

“At times it’s pretty challenging because people just know me as his brother, so they expect the same stuff from me,” he said.

The brothers stay in constant contact, and Marcus watches every one of Kyle’s games. When Kyle gets some free time, the pair make the most of it and plays Fortnite.

Marcus said he is clearly the better gamer.

“It’s pretty proven,” he said. “In all of the Fortnite stats, I’m just the superior player.”

Going into his first season, Paul didn’t expect anything from his son, but he knew he would have to earn a starting spot on the team. He also isn’t surprised Kyle has quickly become one of the key players on the team.

Before the season even started, Head Coach Marty Lees was already praising Kyle and believed he was going to be one of the best hitters to ever step on Bailey-Brayton Field.

Kyle said his coach’s statement meant a lot to him, but he knows he just needs to remain humble and focus on improving.

Kyle doesn’t have any personal goals for this season, he said, and just wants to do whatever it takes to make sure his team wins.

Paul said the Manzardo’s lives have revolved around America’s pastime since their sons were born, but he has always had a passion for the sport.

“When I had boys, I guess my wife didn’t have a choice: it was baseball,” he said.

Paul is extremely proud of his son and the dedication he has shown to get to where he is today.

“Kyle earned everything he got,” he said. “Kyle made my life easy because he was really good, to say the least.”