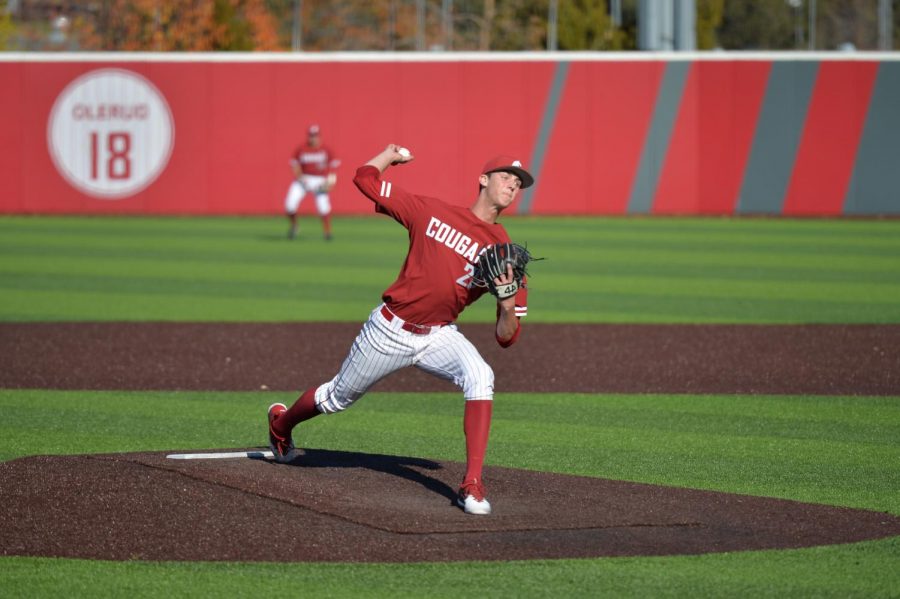 WSU baseball fell to No. 22 UC Irvine 5-1 Saturday in what was a pitching battle until the Anteaters took over in the sixth inning.

UC Irvine (14-4) scored early in the bottom of the second inning when Anteaters freshman infielder Sam Ireland hit a single to left field to bring in a run and give them an early 1-0 lead.

The Anteaters had some defensive issues early as they had two throwing errors through the first four innings.

UC Irvine junior pitcher Tanner Brubaker kept the Cougars off the board until the top of the fifth inning when freshman infielder Kodie Kolden homered to tie the game at 1-1.

Block held onto his dominance until the bottom of the sixth inning where he gave up two runs to the Anteaters.

Brubaker was kept in until the seventh inning where he was replaced by UC Irvine redshirt junior pitcher John Vergara. Brubaker only gave up one run in 6 2/3 innings of work.

The Anteaters added to their lead in the bottom of the seventh inning when UC Irvine junior infielder Brandon Lewis singled to right center field with two outs to bring in a pair of runs and secure the 5-1 win.

With the victory, UC Irvine leads the series over WSU 2-0. First pitch for the series finale is set for 1 p.m. Sunday at Anteater Ballpark.