Athlete of the Week: Lindsey Schauble 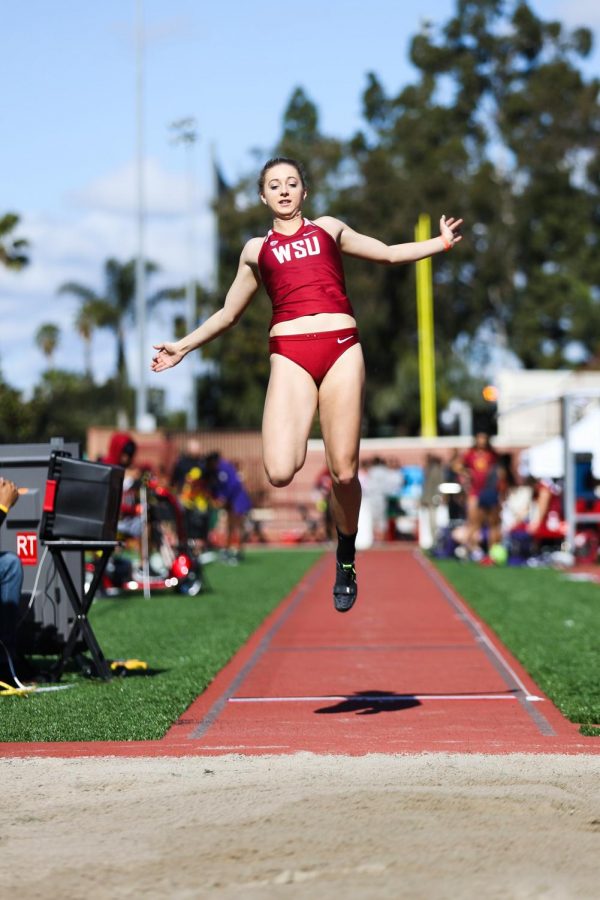 Lindsey Schauble had a meet to remember in Spokane last weekend.

Schauble crushed the competition in the 100-meter hurdles, crossing the line with a time of 14.90, the best by a half-second. This was her first individual win this year, besting two second-place results earlier in the season.

She finished fifth in the long jump with a mark of 5.51 meters, setting a personal best jump for the season. She also competed in the shot-put for the first time in the outdoor season, finishing ninth with a throw of 11.08 meters.

Lindsey Schauble is a senior pentathlete, an event that she has seen great success in during the indoor season. She competed in the event twice, finishing second at the WSU Cougar Indoor meet and seventh at the MPSF Indoor Track & Field Championships. The indoor women’s pentathlon includes five events, the 60-meter hurdles, the high jump, the long jump, the shot put and the 800-meter.

Schauble graduated from Kamiakin High School as an elite high school athlete. She graduated with 12 varsity letters, four in track, four in volleyball and four in basketball.

Her senior year was equally impressive, as she finished second in the 100-meter and 300-meter hurdles, first in the 4×200 meter relay and sixth in the long jump. She also received the Ray Bottineau Memorial Award for most inspirational senior and was voted team MVP.

Lindsey Schauble had a fantastic meet in Spokane last weekend with a commanding win in the 100-meter hurdles and placing in the top-ten in two other events. This performance earned Lindsey Schauble this week’s Evergreen’s Athlete of the Week.