Cougars fall to Loyola by one run 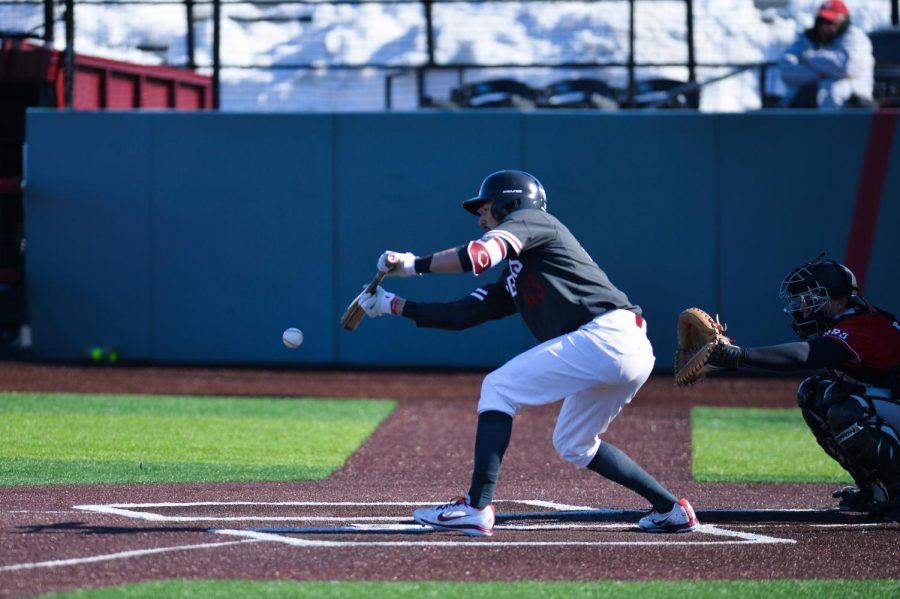 Freshman catcher Anthony Notaro bunts the ball in the matchup against CSUN on March 10 at Bailey-Brayton Field.

WSU was defeated by Loyola Marymount University 3-2 on Monday in a low scoring single game series at George C. Page Stadium in Los Angeles after an unsuccessful ninth inning rally.

The game was scoreless until the Lions scored a run in the bottom of the third inning off a defensive error by the Cougars giving LMU a 1-0 lead.

The Lions held WSU off until the top of the fifth inning when redshirt sophomore Giuseppe Benedetti gave up a run to freshman outfielder Koby Blunt who was batted in by freshman infielder Kodie Kolden, tying the game 1-1.

LMU responded in the bottom of the sixth inning when freshman infielder Tommy Delgado singled to right field, reeling in senior infielder Brandon Shearer, putting the Lions on top of the Cougars at 2-1.

WSU dropped another run in the bottom of the seventh inning as junior infielder Nick Sogard batted in redshirt sophomore outfielder Harry Hibberd putting the Lions up 3-1.

The Cougars established a late rally in the top of the ninth inning when junior outfielder Danny Sinatro brought in sophomore outfielder Jared Thurber, making the score 3-2 Lions.

WSU was stopped short of the comeback when the tying run was left on third base as a ground out ended the game 2-3.

The Cougars will have a break until 5 p.m. Friday when they play Stanford for a three-game home series at Bailey-Brayton Field.