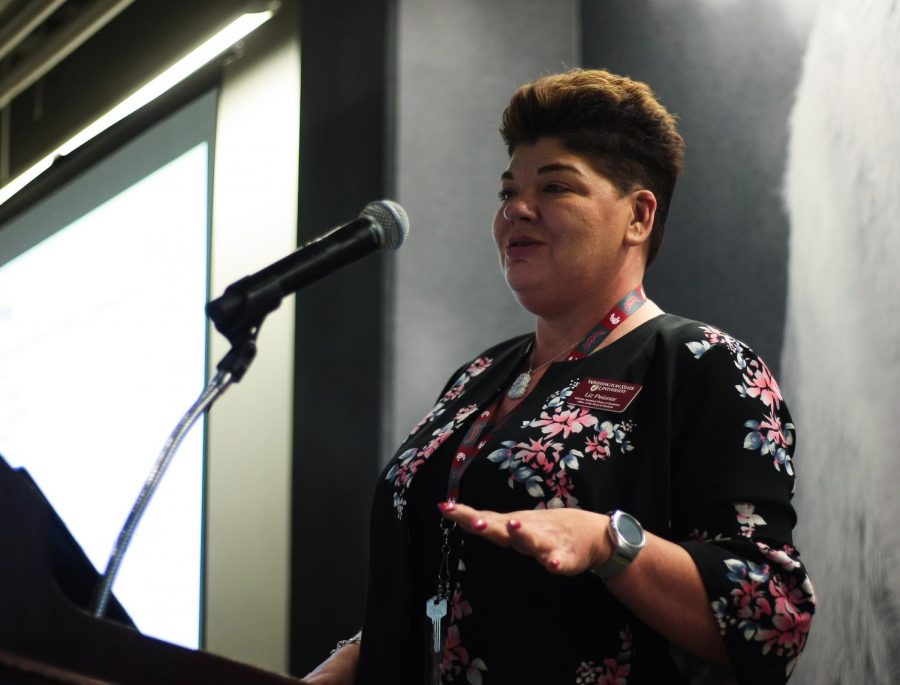 The Office of Student Conduct is now called The Center for Community Standards, she said. It focuses on educational guidance, not punitive measures.

“The goal is not to bounce students out of our community, but rather to continue them as the best Cougs possible,” Peisner said.

Some of the guidelines and laws do require expulsion, but that is determined on a case-by-case basis, she said.

Peisner said students have more rights and responsibilities, which are outlined in a new handbook.

Decisions used to be solely made by the Office of Student Conduct, she said. Now, they are made with student input.

Peisner said she is in charge of recruiting, vetting, training, facilitating and managing board members for the Conduct Board, Appeals Board and Academic Integrity Hearing Board.

“I refer to them as the three of the four houses of Hogwarts,” Peisner said.

The Conduct Board, by law, must be composed of a majority of students. There are five people on the board, so three of them must be students, she said.

Any WSU student can have a position on the boards, she said. There are around 100 board members total for all of the campuses.

Free training is provided for them through Blackboard. It covers cultural competency, conflict of interest, bias against groups and individuals, implicit bias, due process and sexual assault/gender-based violence, Peisner said.

Applications to be a board member are online.

Not all positions were filled in the recent senate election, GPSA Vice President David Silva said. Applications to be a senator for the college of business, college of communication or college of veterinary medicine are open and close April 5 at 11:59 p.m.

Applications are available on Cougsync.

There was a motion to confirm Sutherland, which passed.

“I’ve experienced lots of struggles in my life,” he said. “I want to take that passion I’ve learned and bring that to help other people.”