Booze News: Pullman, Moscow are best places to drink a cold one 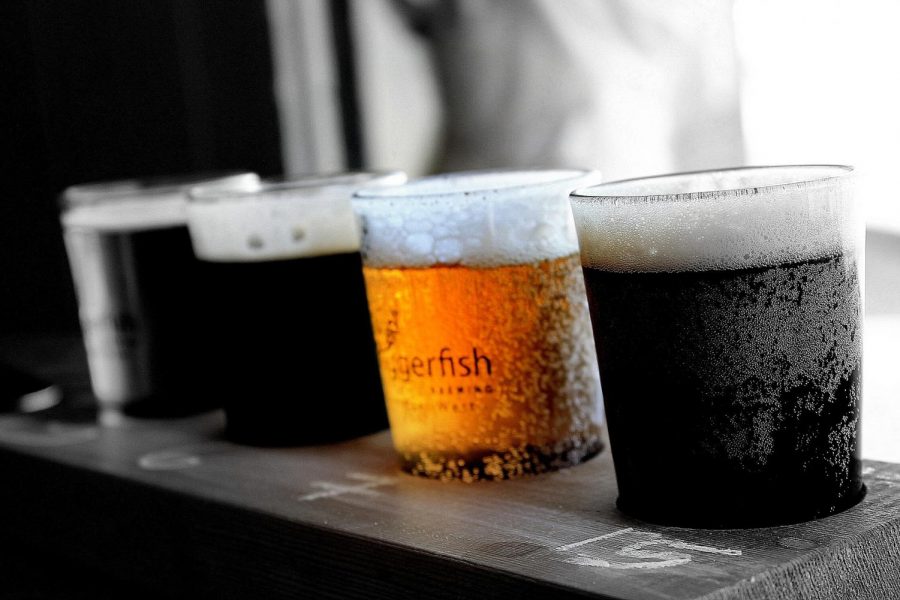 Local brewery Rants & Raves creates tasty stouts and amber ales. “I think we just like being different,” Ryan Broyles says about beer-makers in the Palouse.

I’ve always loved the changing of the seasons.

There’s something rejuvenating about it. It’s the time of year when people shed their winter coats and get their summer tans ready or wear shorts and sandals and not get called a f-cking idiot because it’s no longer three-below-zero outside.

The Inland Northwest, I’ve discovered, is a treasure trove of dedicated drinkers, with whom I’ve had the privilege of knocking a few glasses back. We all take our drinking seriously up here on the Palouse, and why shouldn’t we?

Serious drinkers call for serious beer-makers. I had the opportunity to sit down with Ryan Broyles, the head of house at Rants & Raves in Moscow to find out what makes breweries, distilleries and wineries so special in Pullman and Moscow.

Broyles wasn’t kidding either. I sat there with him drinking the Steelhead Extra Stout, a tropical stout from Rants & Raves. This quickly became one of my favorite libations to order. It’s loaded with full-bodied truckloads of rum notes, tropical fruit zest, dark chocolate and sophistication. The drink is sort of like Jack the Ripper with a sombrero. It was the gold medal award winner at the Beer Army Beer Wars Commercial Beer Competition for its category. It is indeed different, but delicious all the same.

As head of house, Broyles wants to make sure patrons are getting exactly what they are looking for in a good beer.

“If you don’t like [it], please tell us what we can change,” Broyles said.

Rants & Raves Brewery looks to the beer drinkers and caters to them. It’s what makes them so good. They want to make good beer for good people. Check them out, and while you’re there, try some food. Probably some of the best gravy I have ever had pairs well with their chicken tenders and Dragon Hunter Red.

This amber ale seems to be marketed for the adventurous. It’s the perfect accompaniment for a game of Dungeons & Dragons. It is sweet and candied with hints of toffee. A lighter bodied amber than what you’re used to, but bold and delicious all the same, and that’s good. It is a dragon after all.

If you feel like walking down the hill, then take some time to check out Paradise Creek Brewery. Not the restaurant, although it’s a staple here in Pullman that I highly recommend, but the actual brewery. There you’ll find a whole smorgasbord of good beer on tap.

My favorite is the Moojoe Coffee Milk Stout. It smells like a campfire, charred marshmallows and coffee. A gooey creaminess coats the mouth and can be described as “decadent” and “luscious”. It’s only five percent alcohol so, you know, more beer for you to drink.

Also, while you’re there, try the Culture Shock: Brandy Barrel Aged Blonde. This sherry-smelling treasure has aromas of honey, light brown sugar and a sexy swarthiness that would make Inigo Montoya proud. It finishes soft, sweet and with just the right amount of a Spanish, nectar-y body. I just hope you don’t have six fingers on your left hand. Get it?

Mom’s Weekend is quickly approaching, so start looking at places to take your dear mother. Nothing says “thanks for sending me off to the best damn school in the country, and contributing to my worldly alcohol experience, and oh yeah, good grades and all that,” like a trip to some places for good beer.