Researchers aim to save fuel used by marine vessels 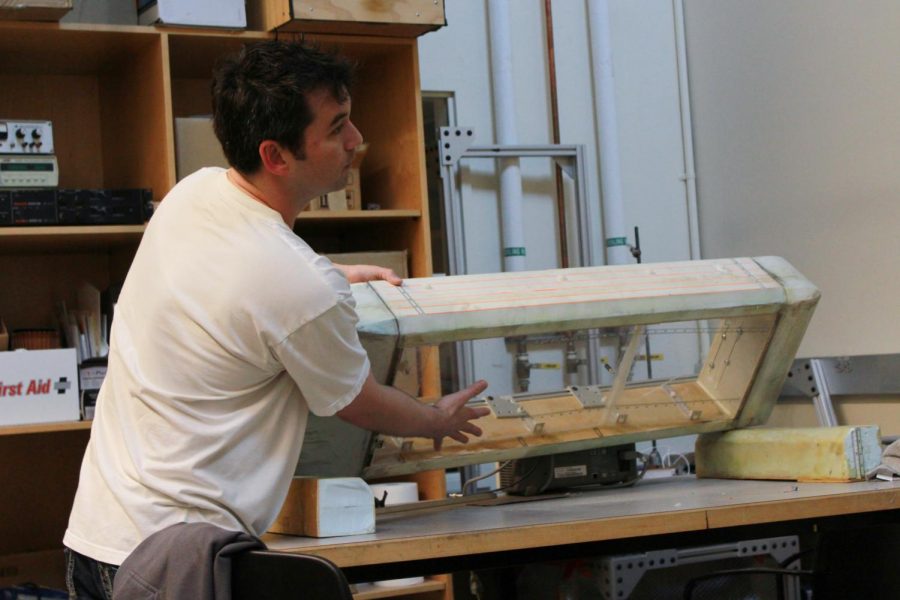 A team of WSU researchers are creating a way for marine vessels to save fuel.

They are doing this by reducing the drag of the vessels, said Konstantin Matveev, associate professor in the School of Mechanical and Materials Engineering.

The team has created an air layer between the vessel hull and the water by injecting air beneath the hull, Matveev said.

When the hull makes contact with the water, it causes friction, said Jeff Collins, a research assistant in the school of mechanical and materials engineering. With this air layer, there is very little friction.

With less water drag, vessels will not need the same power and thus will use less fuel, Collins said.

“When [a marine vessel] is cruising at a steady speed, pretty much all your power is just going into maintaining that steady speed against the water drag,” Collins said.

Matveev said they use a hydrofoil — a type of foil or fin that operates in water — underneath the hull to control the air layer.

Collins said the hydrofoil puts more pressure on the air layer from the bottom, as the air or water flow across a hydrofoil redistributes the pressure and keeps the air in place.

Matveev said the hydrofoil can change position, either up or down, much like the wing of an airplane, and it can move backward or forward to adjust for specific speeds.

Collins said they aim to get the air layer to cover the entire bottom of the hull. If a boat turns or is not perfectly level, the air layer is difficult to maintain.

Beyond the hydrofoil, Matveev said the team can also increase or decrease the air supply and can have multiple air injection points, instead of one.

The less air the air layer needs, the less power it needs. Collins said this is why they want to maintain the airflow rate with as little air injection as possible.

They have been using a model boat in a water channel at Albrook Hydraulics Laboratory to experiment, he said.

In the future, Collins said, they will put a motor on the model boat and include data acquisition materials to measure data and then send it remotely. The motor will allow the researchers to increase the model’s speed.

“Just because something behaves a certain way at low speed doesn’t mean it will act the same way at high speed,” he said.

Ships transport 90 percent of goods worldwide, Collins said. They create more air pollution than planes in terms of carbon output, which is a large part of why Matveev’s team is researching this.

Matveev said they received a $300,000 grant from the National Science Foundation for three years to fund the research project.

He said it is hard to find funds for these kinds of experiments because it is traditional engineering, not high-tech engineering.