Pullman Regional has a four-step plan, will accommodate patients 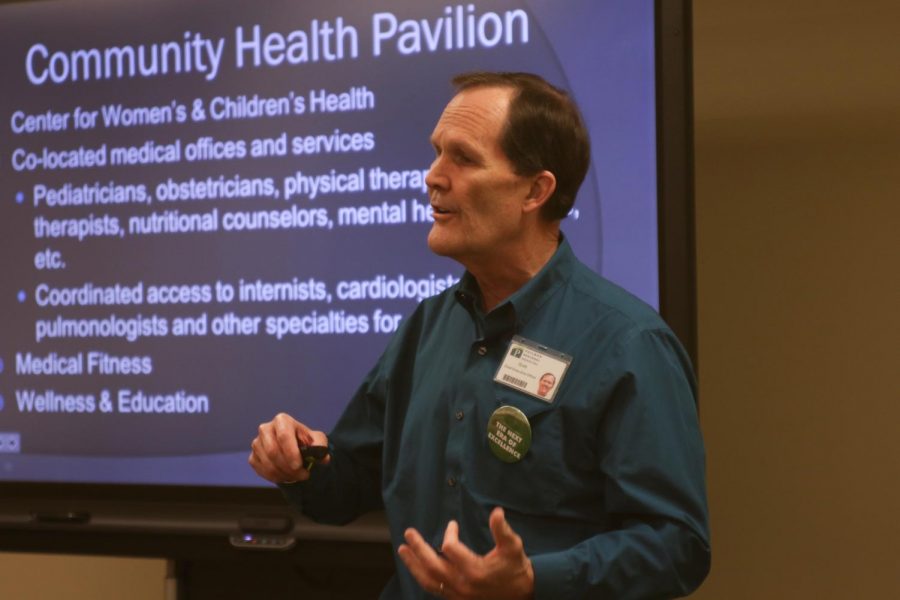 ­­ The CEO of Pullman Regional Hospital discussed future plans to upgrade services and amenities at the hospital at the City Council meeting.

Scott Adams presented the hospital’s four-part plan for the future of healthcare in Pullman and said the plan would usher in a new era of excellence for the institution and the community.

“Distance is not the challenge in a city like Pullman, but time is,” Adams said.

The hospital’s plan includes a one-stop care experience, he said, which would facilitate the storage of community-wide personal health records in one location. It will also have centralized scheduling of appointments with physicians and doctors, as per the individual needs of the patients.

Adams also presented plans for the construction of a community health pavilion, which would accommodate specialists, pediatricians, mental and physical health doctors. The pavilion would be a step toward encouraging women’s and children’s health along with medical and mental fitness, he said.

The plans called for the expansion of the hospital’s imaging services and Orthopaedic Center of Excellence, as well as upgrading medical technology currently used at the hospital, he said.

WSU ROAR representatives also presented at the meeting and discussed the WSU ROAR program. The program aims to provide a two-year and inclusive post-secondary education to individuals with intellectual and developmental disabilities (I/DD).

“[WSU ROAR] is the first of its kind in the northwest and seventh in the country,” WSU ROAR Co-founder Brenda Barrio said.

The program offers opportunities for applicants such as career-focussed classes, as well as paid on-campus and off-campus internships to help equip the students with life skills, Barrio said.

WSU ROAR students have schedules similar to full-time WSU students, as well as housing options at on-campus apartments, she said. They also have support services such as daily check-ins, advising and support staff for emergencies and employment guidance personnel.

Councilmember Brandon Chapman was curious as to what external factors could potentially support the program.

Barrio said the greatest help the project could get is publicizing the project itself. She said it is important to have high expectations for individuals with I/DD, and that the community should give them equal opportunities similar to regular college students.