WSU recognized for its student-voter participation 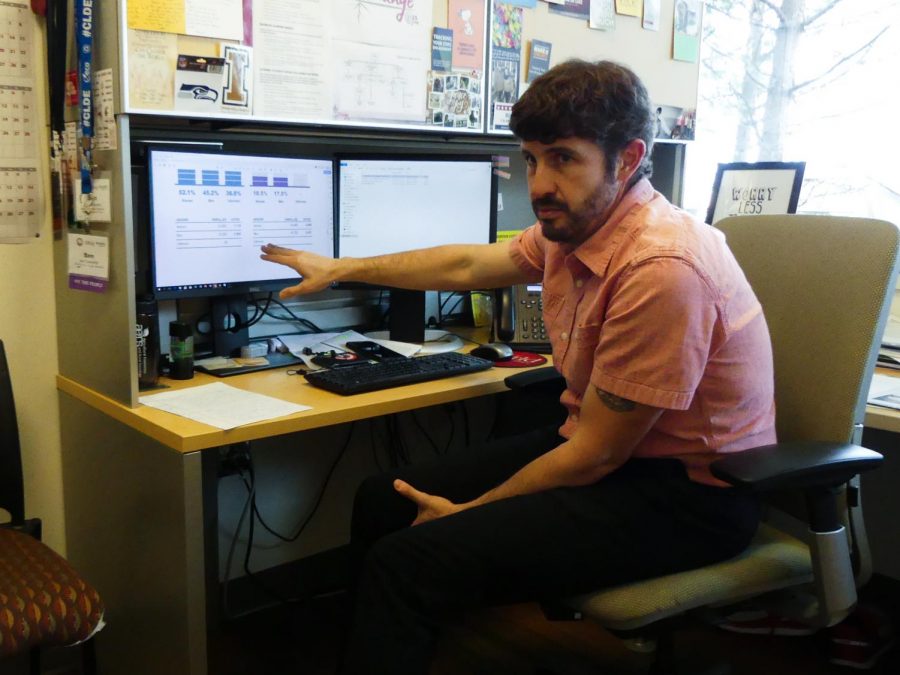 Ben Calabretta, Associate Director for the Center for Civic Engagement has data from both the 2012 and 2014 national elections to show how WSU Pullman campus students, faculty, and staff participate in elections.

Ben Calabretta, associate director at the Center for Civic Engagement, said the recognition is system-wide, meaning it includes all WSU campuses.

He said many student organizations contributed to the recognition, like GPSA, the Political Science Club, the CCE’s CougsVote and ASWSU.

WSU was named the only four-year institution in Washington with a voter-friendly campus by the nonpartisan Campus Vote Project, according to an article by the WSU Insider.

“Participating in democracy is a standard,” Calabretta said. “WSU students should be involved in our democracy. They should know what’s going on, they should be voting.”

He said WSU was recognized because of a student-driven campaign to increase voter registration. The campaign had a goal to reinforce participation and democratic registration.

“I grew up with this understanding that voting is something that you need to do,” Calabretta said, “and you need to understand what you’re actually voting on.”

ASWSU Vice President Tyler Parchem said ASWSU and all other organizations encouraged students to register. He estimated that there were around 2,500 new registered voters.

“One of the reasons that we wanted to register students to vote is so we could have some of that political clout,” he said.

Calabretta said people learn to take voting more seriously as you become older, but some people don’t. He said people should accept the responsibility of voting.

“That’s part of the learning process,” he said.

“There can be more work done for students to be educated and students to educate themselves,” he said.

Parchem said voting is important because when students and people of the U.S. vote for people who make decisions on our behalves, it shows we care about the decisions made.

“Decisions are made by those who show up,” he said.