The Coug voted most dog-friendly business

Historic local bar offers welcoming atmosphere; for many, this includes bringing along furry friends while having fun 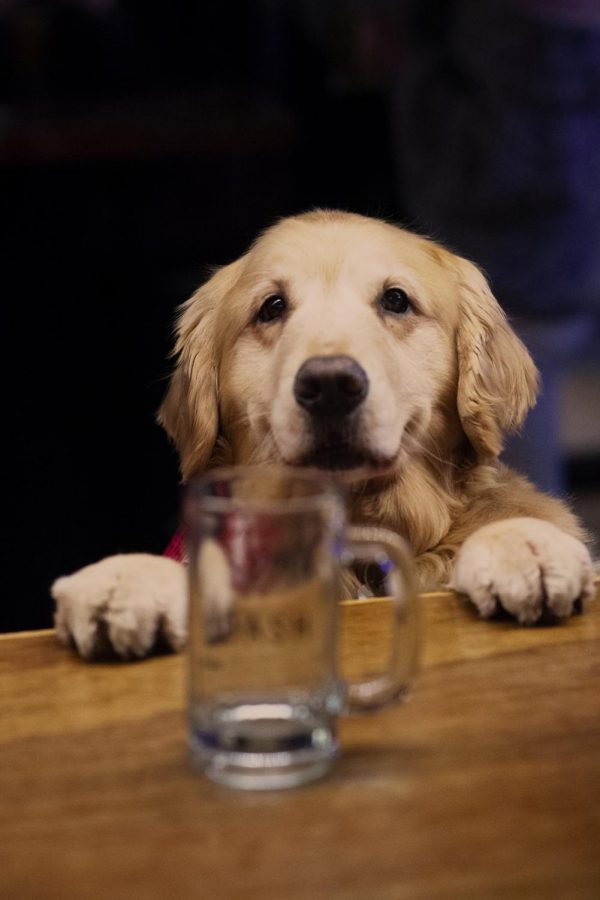 Social Media Influencer Dash Dog and his human wait for their new mug to be filled during The Coug's seasonal Mug Initiation. Dash Dog is assumed to be the first dog initiated into the exclusive club since it started in the early 1980s.

Social Media Manager Lance Lijewski, 24, has worked in different roles at The Coug for three years and is a WSU alumnus. From his understanding, The Coug has always been a dog-friendly business, he said.

“It’s not something we necessarily advertise,” Lijewski said, “but we’re always excited when people bring their pets in as long as the pets themselves aren’t being harmed and it’s adding to the overall experience here.”

The Coug’s nomination was unexpected but something they are proud of, Lijewski said.

On The Coug’s Twitter, Lijewski posts photos of visiting pets, resulting in retweets of customers and their dogs enjoying their time. National Puppy Day gave Lijewski an opportunity to feature bartenders and regulars enjoying time with their dogs.

While The Coug does not keep an official record of its four-legged customers, Lijewski said that he would guess there is at least one dog around, but not always.

From what Lijewski has seen on social media, people seem to enjoy sitting on the terrace and having their dog in their lap while hanging out with friends.

The Coug accommodates pets by bringing them water or making the experience easier for all the pets in the room, he said.

“I think it also depends on the volume,” Lijewski said. “If there are a lot of people in the bar, or the restaurant, we don’t usually let pets hang out because it’s just uncomfortable for them, it’s uncomfortable for everyone else.”

This spring, Dash Dog became the first dog inducted into the Mug Club. Dash and his human have developed strong relationships with The Coug staff. Even before football season, Dash Dog went viral, Lijewski said.

As for more dogs being inducted into the Mug Club, it depends on the relationship the dog builds with the staff. They take pride in this as the people and pets who are inducted are individuals who add to the culture of the business.

Lijewski said as part of the traditions and culture of The Coug, it’s important that people feel welcomed and can bring their kids and pets.

“Really anyone of any age or species, I guess, can really embrace what it is to be a Coug and be a part of the Pullman college experience,” Lijewski said.