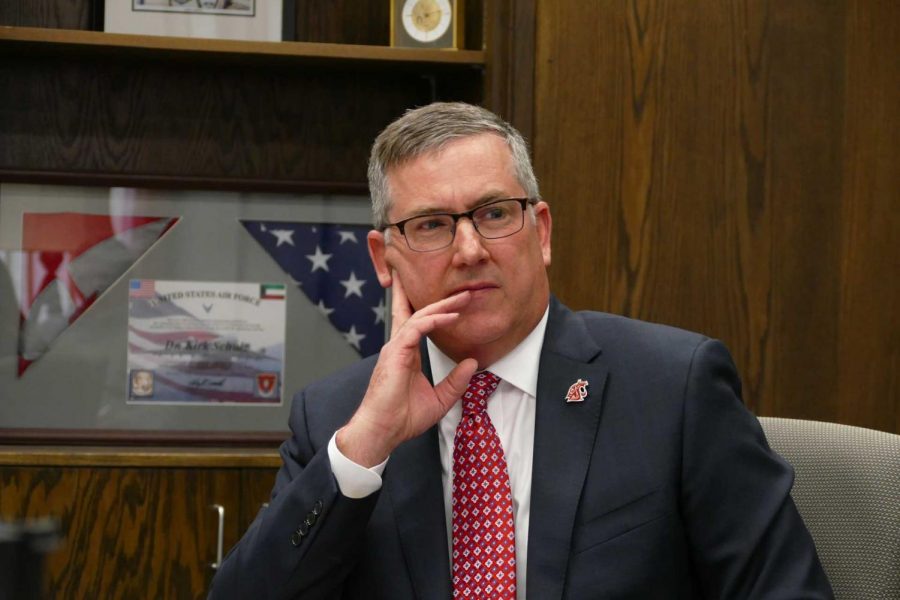 The WSU Board of Regents unanimously approved the athletics department’s request for up to $500,000 to pay transition costs to hire Kyle Smith as the new WSU men’s basketball head coach.

The approved funding will cover transition costs, he said, but WSU will work with donors and benefactors for partial assistance instead of completely depending on state dollars.

Schulz said partial assistance will come from donors to provide funds and new gifts to WSU in the next month or so.

Transition costs, on the other hand, include expenses like continuing to pay Ernie Kent, former WSU men’s basketball coach, for the rest of his contract, he said. It also includes buying out Kyle Smith’s current contact and help with moving expenses.

“We still don’t know what the basketball staff will look like and who Smith will hire,” he said. “We’re trying to project a little bit. Some expenses will not be continuing, but some expenses, like salaries, will be.”

Frost addressed concerns he had about the amount of money spent on the athletics department.

“I got a message from a kid in electrical engineering and his department can’t buy markers or paper,” Frost said. “If I’m that kid and I see $500K being spent, I might be wondering, ‘When can I start spending money?’ ”

Schulz said the dean of each college decides where money should be spent.

WSU Athletic Director Pat Chun said WSU ran at 20 percent capacity for men’s basketball last year. If there is a new coach, it usually brings in more revenue for WSU, he said, and any increase in ticket sales will help medicate these additional costs.

Chun said Smith will be the 11th lowest paid men’s basketball coach in the Pac-12.

Schulz said the University of California is also in the process of hiring a new coach, which could leave Smith with the lowest salary.

“We went from a change from Coach Kent to Coach Smith in an expedited period of time with a careful evaluation of candidates,” Schulz said. “I’m pleased with finding the right fit for us.”