Cougs battle No. 2 Stanford at home 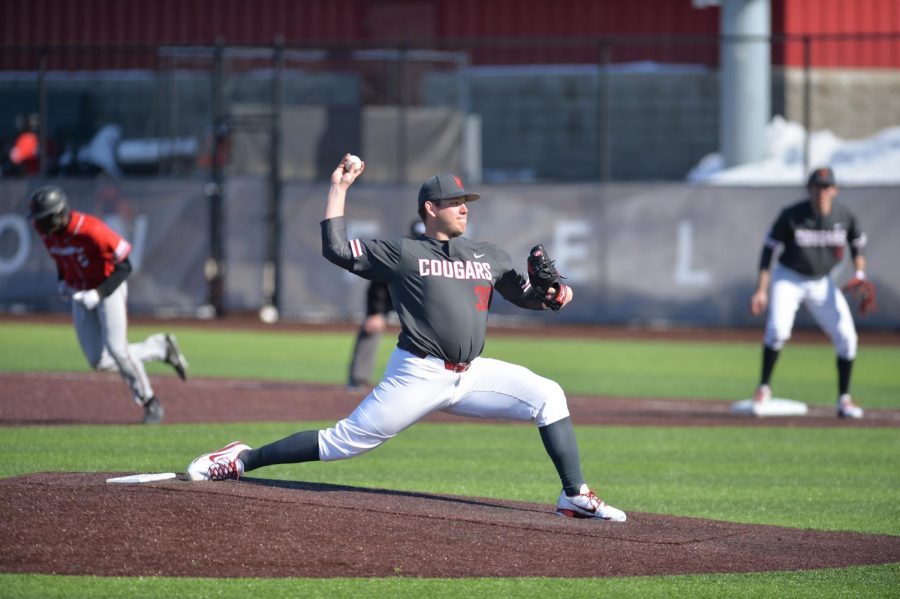 WSU baseball returns home for only the second time this season to take on No. 2 Stanford in a three-game series starting Friday.

The Cougars (6-17, 0-3) are coming off a 3-2 loss against Loyola Marymount on Monday and a three-game sweep at the hands of No. 22 UC Irvine this past weekend.

WSU is on a nine-game losing streak and needs to step up to compete with a Stanford (15-3, 3-0) team that is currently on a six-game winning streak after completing a three-game sweep of Utah last weekend.

The Cougars have played 20 of their 23 games this season away from Bailey-Brayton Field and have a 4-16 record in those contests.

Junior outfielder Danny Sinatro said the team is excited to play in front of a Cougar-friendly crowd.

“It’s huge, we’re usually a different team when playing at home,” Sinatro said. “I love playing at home in front of our fans. It’s big for us, we love it.”

The Cougars have played on the road for the last nine games and lost all of them by a combined score of 69-30.

Sinatro said he is optimistic about the Cougars’ chances of competing with the top-ranked Cardinal.

“We’re feeling pretty good going into this,” Sinatro said. “We have already played competitive baseball against [Arizona State] who was, at the time, ranked ninth. Playing this series at home is huge for us too, just having that advantage.”

WSU was swept by then-No. 9 ASU earlier this season, but lost the final two games of the series by a single run.

Sinatro said the team needs to work on running bases smoother and coming up with hits in crucial situations to end its losing streak.

“I think we just got to keep on playing baseball, taking it one game at a time,” Sinatro said. “We need to play clean baseball.”

Sinatro is hitting .276 this season with 21 hits and 10 RBI. Freshman infielder Kyle Manzardo leads the team with 17 RBI this year.

Stanford has a 2.43 ERA this season and features sophomore right-handed pitcher Carson Rudd who has not allowed a run in eight innings of work this season.

The Cougars will look to improve their hitting against the Cardinals as they only have a .256 team batting average this year. Sophomore outfielder Collin Montez leads the team with a .318 batting average and is the only WSU player hitting over .300.

First pitch for the series opener is set for 5:05 p.m. Friday at Bailey-Brayton Field.