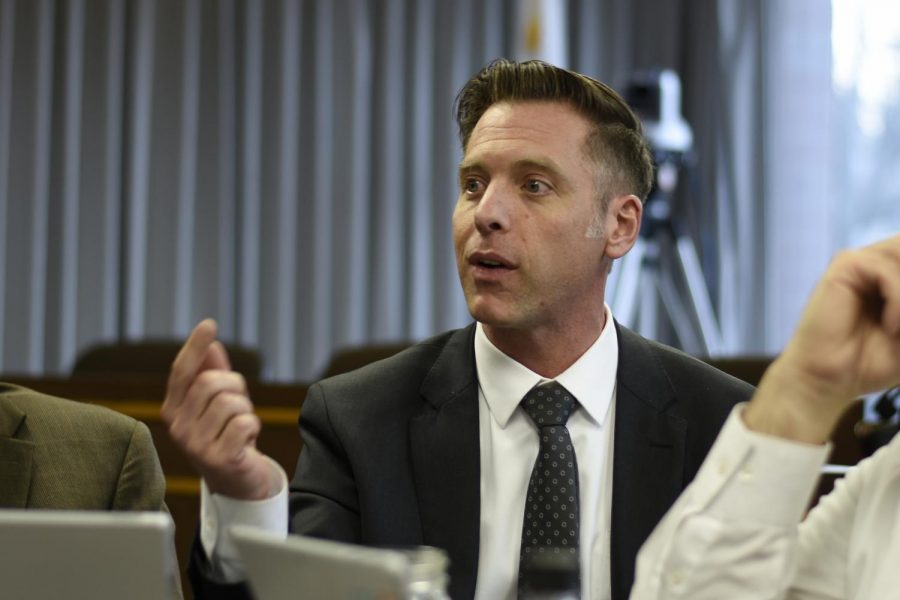 The council previously discussed plans to move district court operations to a new city hall or merge operations with the Whitman County Courthouse in Colfax.

“Everyone here recognizes the benefits of having [a] branch of court in Pullman,” Hart said.

Moving district court operations to Colfax would make it difficult for people in Pullman to seek out judicial help, he said. The district court should remain in Pullman, Hart said, as it provides ease of access to people, especially students, who do not have the time or resources to travel to Colfax for court proceedings.

Whitman County Prosecutor Denis Tracy also voiced his support for keeping the district court in Pullman. He said 50 percent of the criminal cases in the county are in Pullman, and that it would be more convenient for people rather than having the court in Colfax.

The financial feasibility of moving operations to the new city hall building was also discussed.

Councilmember Dan Records asked if the new city hall building meets all the requirements for the security guidelines on court buildings.

Whitman County Commissioner Art Swannack said they were looking into something more secure than the current location, but not necessarily something that would require them to dive into a big project.

Councilmember Eileen Macoll suggested the possibility of a transition phase and said it would be easier to implement the high-security installations as they go. She said they should put in the infrastructure for the installations and add features over time.

Although no final consensus was reached regarding district court relocation, Mayor Glenn Johnson said they would make a list of things to look into. District court operations would continue to take place in the current city hall building in the meantime, he said.

Tracy recommended councilmembers reach a decision by July 1 and before forming next year’s fiscal budget.