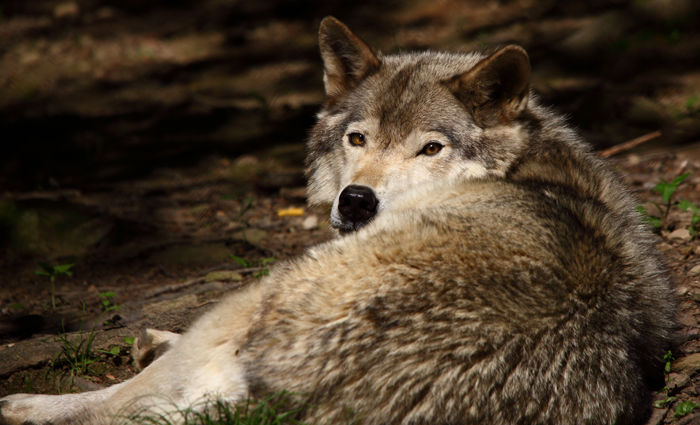 Grey wolves were killed in August of 2016 at Profanity Peak, which professor Robert Wielgus said could have been avoided. WSU disavowed his comments on the killing.

Wielgus is a WSU professor and director of the Large Carnivore Conservation Laboratory. Wielgus’ research has been considered in the drafting and implementation of the Washington Department of Fish and Wildlife’s (WDFW) Gray Wolf Conservation and Management Plan and he is an adviser to the state’s Wolf Advisory Group, according to the complaint.

The 12-page complaint, sent to the WSU Faculty Status Committee by the Public Employees for Environmental Responsibility (PEER) on Friday, urges the Faculty Senate committee to investigate the actions of WSU administrators against the professor’s academic freedom and recommend disciplinary actions for the administrators.

Adam Carlesco, PEER staff counsel and the author of the complaint, said he has not yet received a response from the committee. Robert Rosenman, co-chair of the Faculty Status Committee, said all investigations by the committee are confidential, according to their bylaws.

Faculty Senate Chair A.G. Rud said he plans to talk to the Senate executive committee about this next week.

“I am not holding out a tremendous amount of hope that the Senate will do its job [in evaluating the complaint],” Carlesco said.

Carlesco said that according to the WSU Faculty Manual, there must initially be internal discussions in this process, which Wielgus already had with College of Agriculture, Human and Natural Resource Sciences (CAHNRS) Dean Ron Mittelhammer.

WSU News Director Rob Strenge declined to comment and said this is a CAHNRS faculty issue.

Marta Coursey, CAHNRS communication director, said this is a personnel matter and, according to policy, the college doesn’t publicly discuss personnel issues in order to protect WSU faculty and staff confidentiality and privacy.

“CAHNRS administration is currently reviewing Dr. Wielgus’ communications and performance with respect to his roles and responsibilities as a WSU faculty member,” Coursey said.

Carlesco said WSU officials and the Washington Department of Fish and Wildlife (WDFW) researchers had a verbal agreement to shut down Wielgus’s lab and give the research funding to the University of Washington.

“Litigation is not out of the picture on this matter,” Carlesco said.

The first statement was about the killing of a gray wolf pack by the WDFW at Profanity Peak in August. Wielgus criticized a rancher in the area, whom the professor said released his cattle on top of the Profanity Peak wolf pack’s den. Wilegus argued that the wolf pack’s death could have been avoided, and that the rancher refused to cooperate with his lab or the WDFW in avoiding such confrontations, according to the complaint.

Wielgus said his comments about this created a “firestorm,” according to a Daily Evergreen article. WSU disavowed his comments, stating the rancher did not release his cattle onto the wolf den, but four miles from it, and that the rancher cooperated with WDFW. The university publicly accused Wielgus of “inaccurate and inappropriate” statements in a news release.

Wielgus made the second statement when recommending wolf preservation pratices to the Wolf Advisory Group in March. The university alleged that this qualified as illegal lobbying activity because he sent it from his WSU email address.

One of the 10 violations listed in the complaint states that CAHNRS administrators and Schulz approved funding restrictions denying Wielgus summer funding or grant research money for his lab.

According to the complaint, there is no reasonable way under the Faculty Manual’s academic freedom policy to reconcile the administrators’ actions, which the complaint alleges were motivated by political pressure.

In 2013, Moyer made it clear that Wielgus was considered a political target of state Rep. Joel Kretz (R), the livestock industry, and possibly the WSU College of Agriculture, according to the complaint.

On Aug. 23, 2014, a female member of the Huckleberry wolf pack in Northeast Washington was shot and killed by a WDFW-hired marksman, as the pack had been preying on a flock of 1,800 sheep, according to the WDFW website.

According to the complaint, Gov. Jay Inslee then asked Wielgus for clarification on the inconsistencies in the reports published by the WDFW on the matter and others who were involved. In briefing Inslee’s office on his findings, Wielgus showed the misrepresentations the WDFW made in its reports, causing several of the department’s officials to resign.

Carlesco said there is “ample precedent” for WSU suppressing a professor’s first amendment rights, bringing up a case filed in 2013, according to the case publication.

Wielgus stated in the complaint that he would like the matter settled amicably without resorting to litigation. For now, Wielgus said he is not commenting on the matter himself.

Editor’s Note: This article has been updated.