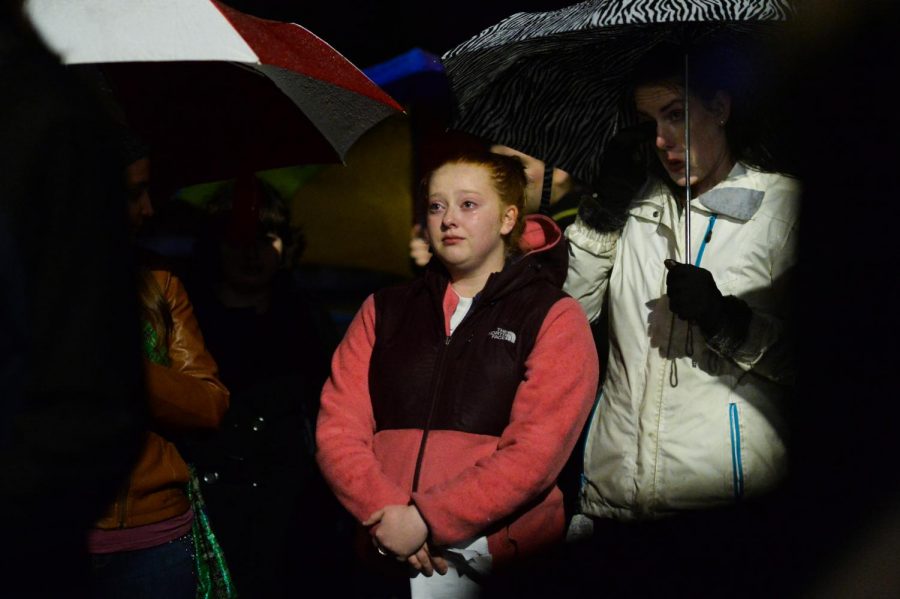 Victoria Waltz, longtime friend of Lauren McCluskey, speaks about mourning the loss of McCluskey and happy memories she shared with her Nov. 1 at Pullman High School.

A memorial fund honoring the late, former Pullman High School track star, has raised close to $92,000 for track and field athletes at the University of Utah.

Lauren, a 21-year-old Pullman native, died on Oct. 22 while attending the University of Utah.

“Lauren’s family, at the time, had suggested that funds collected here could support scholarships for student-athletes,” he said, “specifically in track and field.”

Jill McCluskey, WSU professor and Lauren’s mother, said she suggested setting up the fund as a means for people to honor and remember Lauren.

“When she was killed, people wanted to give money,” McCluskey said, “so I suggested that we could have a scholarship in her name that would go for track and field.”

He also said in an email that the fund is planned to receive pledged gifts from the university’s employees and faculty, which would bump the revenue up to $94,300.

The fund has been set up as an endowment and would earn close to $3,800 a year in interest. The interest would finance the scholarship, McCluskey said.

She said she hopes for the fund to eventually generate enough money to support a full-scholarship for a track and field athlete at the university.

McCluskey said a company in Utah has offered to make pins and helmet stickers with Lauren’s name on it. They hope to sell them and donate the proceeds to the memorial fund.

McCluskey and her family have also established “The Lauren McCluskey Foundation” in memory of Lauren.

Through the foundation, they hope to raise money to improve campus safety, including support for research and education on campus safety measures.

The foundation also aims to raise revenue to help animal welfare, as well as support under-resourced track and field athletes at local schools and universities.

“We will continue to promote the fund and we will give more money to it ourselves,” McCluskey said.

Individuals who wish to donate to the Lauren McCluskey Memorial Fund can do so by visiting the link https://giving.utah.edu/lauren-mccluskey.