WSU track heads to Seattle for rivalry dual at UW 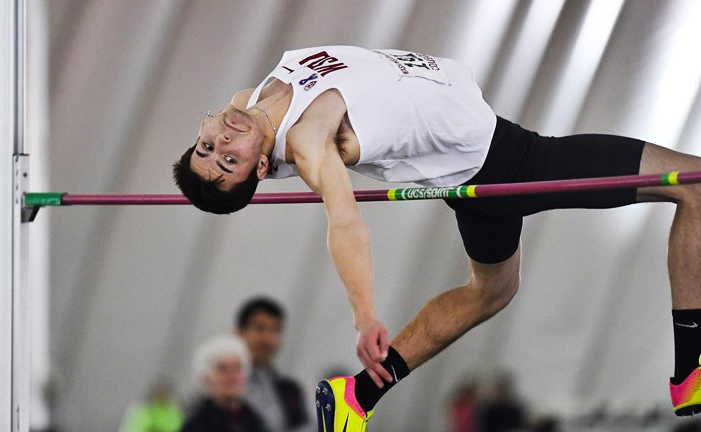 Senior high jumper Peyton Fredrickson attempts to clear the bar in the high jump. WSU will face UW in the WSU-UW dual meet in Seattle on Saturday.

WSU track and field travels to the west side to compete against the University of Washington on Saturday in a dual meet at the Husky Outdoor Track.

WSU and UW have competed many times this year, but this is the first outdoor meet the two teams will face off against each other.

WSU track and field director Wayne Phipps said he was excited about competing against UW in a dual meet.

“Everyone’s excited about competing this weekend,” Phipps said. “The dual meets are always fixtured on our schedule and there’s always this inherent rivalry in all sports between UW and ourselves. It gets the [athletes] excited.”

This is the Cougars’ first dual meet against any team this year so far, until now only competing in larger invitationals.

“This meet is purely just UW and [us],” Phipps said. “So it takes on a whole other feel from that standpoint. Most of the races end up being a bit more tactical and the meet gets over in maybe a quarter of the time than the big invitational.”

The Cougars dominated the Huskies in their dual meet in late April 2018, with the men’s team winning 89-74 and the women’s claiming an 88-75 victory.

This meeting between the Cougars and Huskies is scheduled much earlier than normal, as they usually have their meet closer to the championship part of the season.

Phipps believes this meet will be more of a team effort as it is a rivalry meet.