Sports column unfair to WSU athletics department, other factors should be considered before judging 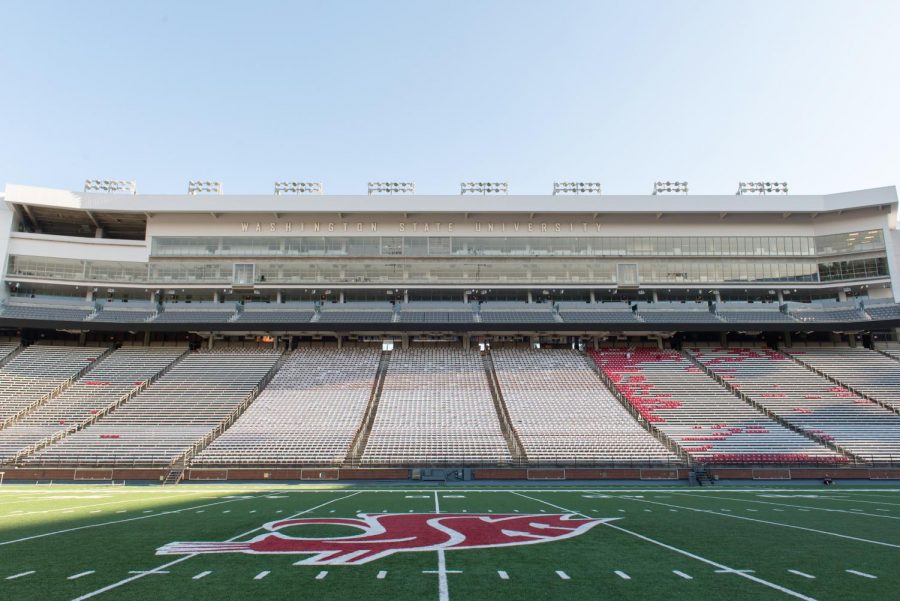 Many schools benefit greatly from their college athletics. There may have been some mistakes made by WSU’s athletic department, but they are still provide for our school.

This column is in response to a sports column several weeks ago questioning if it was responsible for WSU to continue to invest in the athletic department based on its recent history of debt and overspending. There are several inaccuracies and misconceptions presented in the original article that I wish to address.

The premise of the article seemed to present the idea that the university only has one pool of money from which to draw funds. The article uses this line of reasoning to justify cutting back, as spending in athletics deprives academics of much-needed funds. This is simply not the case.

While some general university funds are used, the vast majority of their funding comes from ticket sales and donations to the Cougar Athletic Fund. The millions spent on coaching contracts, athletic scholarships, travel for games, recruiting, and general operations come from these sources of revenue. When funds run low in ticket sales and donations, it’s this list that suffers rather than the university choosing to cut academic programs.

Using the same thinking, the recent athletic building projects were targeted as syphoning off funds from the general student population or from general use buildings on campus. Again, the monies used for these projects were funded through debt services that will be repaid from the athletic funds. In that same time frame, the university also approved several academic building projects, including a new medical school, using similar streams of revenue to enable construction but those projects weren’t addressed.

Finally, it was suggested that because of the massive amount of debt incurred by athletics, we should stop trying to fund it at a level commensurate with the other universities in our athletic league. I do agree that the debt was a mistake but it seems to try and paint the athletic department as irresponsible in its spending rather than having been given bad information.

It’s easy to look back and say spending that money was a bad idea. But that doesn’t paint the whole picture. When the decisions to improve athletic buildings were approved, then-Athletic Director Bill Moos was given financial projections from the PAC-12 commissioner Larry Scott based on the estimated revenue of the newly established PAC-12 network. These projections were vastly overestimated. The mismanagement of the PAC-12 conference and its network has been the subject of several national publications in recent months and that mismanagement is largely tied to WSU’s athletic debt.

All of this begs the question, even the promise of funds is no guarantee that they would actually manifest themselves, so why did we agree to this much debt? In both the case of academics and athletics, the answer is because it was needed.

The next logical question is why is it important to have the best minds and athletes? The answer to that is also the answer to why we have these programs at all in the first place. In both cases, it’s money.

When you have top academic minds, they are able to attract students, grant money, and donations. Those are all key revenue streams for any university.

When you have top end coaches and athletes, your teams succeed at a higher rate and bring in more ticket sales, merchandise sales, television revenue, etc. leading to higher enrollment.

After that, the near decade long athletic lull coincided with another major enrollment lull. Fast-forward to this fall and, following three bowl seasons in football, the university hit a record high in student enrollment. The tuition they paid helps fund every academic program on campus.

So, what’s the answer? The simple answer is money. The next question is where do we get that money? For that, I look to universities that are already highly functional.

If you look at Alabama, or Ohio State, the answer is always sports first. Specifically, football and men’s basketball but especially football.

When these two sports are functioning at a high level it does several things. As mentioned before, their success usually leads to huge national exposure that leads to enrollment booms. It also leads to higher rates of donations throughout the university.

When times are lean, the athletic department doesn’t cut from the academic world, they take away from the student-athletes and their experience. They cut tutors, they cut charter flights for commercial flights. They cut the quality of food the athletes eat. They cut the quality of medical care injured athletes get access to. The answer to all of it is to invest like other universities do in football first and then men’s basketball. Once those two sports are succeeding at a high level, they should fund the athletic department indefinitely.

We need to begin to donate. We need to donate on at least the same level as our closest PAC-12 opponent. Oregon State University Athletic donations nearly double that of WSU’s. All from an alumni base that, presumably, lives within the state of Oregon where property taxes are higher, the economy isn’t nearly as prosperous, and we don’t have an income tax. It’s time we donate like our counterparts in Oregon who have many more reasons not to donate.

This has been a problem for generations of WSU alumni. We don’t donate back to the university that gave us more than we are will admit. WSU gave you your career. WSU likely gave you your first connections to your first post-degree job. If you got married to your college sweetheart, WSU likely brought you two together. It’s time we give back to the institution that gave us what we have today.

The success of athletics doesn’t mean the downfall of academics. But it has to start with athletics because the potential revenue stream is so much greater in so much less time there. If you look at other successful university sports programs, they also have thriving academic institutions as well. Alabama and Ohio State both have huge campuses with more degree offerings than WSU. This is all possible because of the advertising the university gets from their sports programs. WSU can have that too, if we all buy in to the process.

The plan is currently heading along the path I outlined. President Schulz has already halted all building projects that aren’t privately funded. This will stop the bleeding from the debt we incurred. While all necessary, it has cost the university and it needed to be addressed.

The football program is beginning to bring in results that have led to higher enrollment. The plan is in place but it needs time to work.

We can’t afford to cut bait now that we have optimal conditions to capitalize on the athletic success experienced the last few years. Buy season tickets, donate to the Cougar Athletic Fund, go to a few games across all sports, donate to your major department, buy in. A rising tide raises all ships.