S&A committee hears from second round of groups 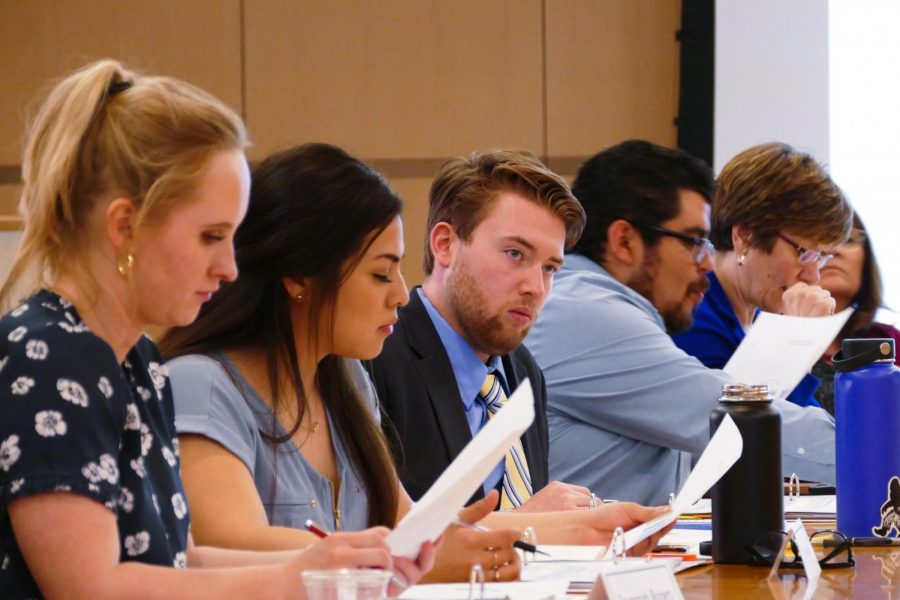 The Services and Activities Committee held its second hearing of campus organizations and their proposed budgets one night before final deliberations.

Representatives of the CUB requested $1.8 million, an 11 percent increase from its last S&A allotment.

Student representative Jasmine Brown said $75,000 would be used to renovate bathrooms on the first floor.

Banuelos said if S&A funding is cut, the CUB may have to close at 10 p.m. It currently stays open until midnight.

The Coalition of Women Students asked for an S&A allowance of $212,320 to help support its programming as well as the Cougar Safe Rides (CSR) program.

Mia Robinson, senior program leader of CSR, said the program gives safe rides to more than 100 passengers each weekend. The funds would partially be used to pay CSR staff.

Robinson also said part of the budget would be used to develop an app to make ordering safe rides easier for students in need.

WSU Athletics requested $660,000 to be used mostly for student employee wages, but a small portion would be used for the marching band’s travel.

Madeline Michaud, student representative and Athletics employee, said the funds will be used to give stipends for interns that currently work close to 40 hours a week unpaid.

“We want to give more opportunities for students to get involved,” Michaud said.

Associate Athletic Director Chris Park said S&A fees are used to hire students and give them valuable professional experience. He said if S&A funding is cut, Athletics would likely have to reduce those opportunities.

Director of Athletic Bands Troy Bennefield said if the stipends for band members are not funded it would likely dispel 20 to 30 percent of their band membership, as these musicians dedicate over 20 hours of their week toward the marching band.

Student Representative Jerry Martinez, said 86 percent of their requested budget would be used for support staff salaries. He said these staff advise and assist some of the most impactful student organizations on campus.

“[As a grad student] you can’t get a job without showing up to these conferences,” Silva said. “We are not a top research institution if we aren’t sending our students there.”

The Student Entertainment Board requested $471,808, most of which would be used to fund programs, events and concerts on campus.

Student Involvement Associate Director Berto Cerillo said the amount of money each student pays to fund SEB is equal to two movie tickets. He said if students attended just two of the free movies SEB offers on a weekly basis, they would get the return on their investment.

ASWSU Executive requested a $355,597 S&A budget, most of which would go toward salary and benefits of ASWSU Executive Staff. About $81,462 would be allocated to auxiliary service organizations, such as Student Legal Services, KZUU and Coug Choice Housing.

ASWSU Senate requested $118,575 for administrative staff wages and programming, like the Crimson and Grey Fund.

The ASWSU Senate also requested a programming budget of $379,328, to support student organizations like Cable 8, BSU, The Election Board, MEchA and many others.

ASWSU Senator and Budget Council Chair Hannah Martian, said if cuts are made to this budget, it will affect each of these groups equally.