From mutton busting to baseball

Freshman Koby Blunt won 21 championships riding sheep until he was 6 years old, once hopped on a bull 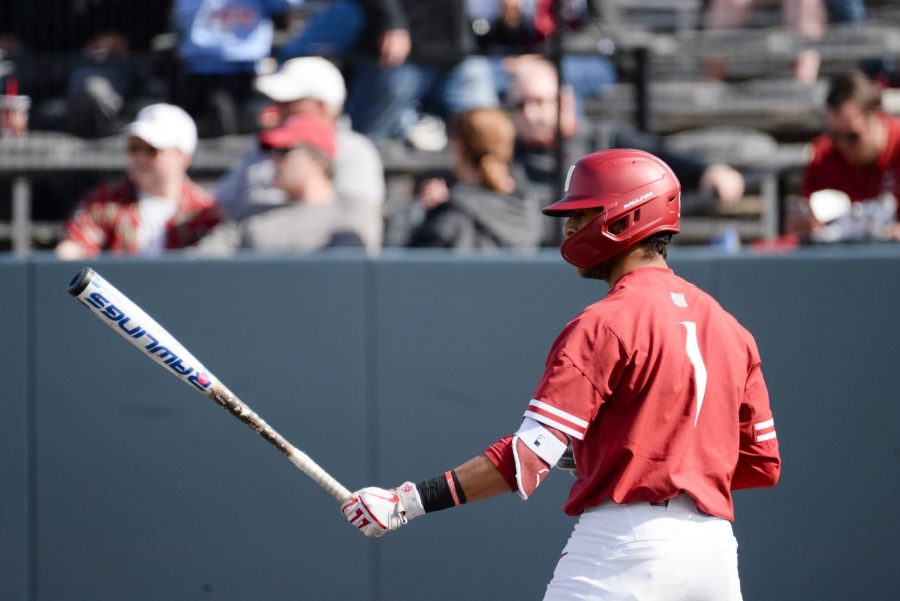 Freshman outfielder and catcher Koby Blunt, who grew up in Clarkston, Washington, rode sheep in rodeos as a kid. “He was always kind of around that western way of life early on,” his mother, Kopper, said.

The Wall Street Journal featured a WSU baseball player when he was 6 years old, but not for baseball. Instead, it showcased his talent in mutton busting, a sheep riding event for kids in rodeos.

“I didn’t really know what was happening, but I mean it’s pretty cool,” freshman outfielder and catcher Koby Blunt said about being in The Wall Street Journal.

Blunt, who grew up in Clarkston, Washington, started mutton busting at 4, and by the time he was 6, he had won 21 rodeo championships.

In mutton busting, most kids grab as much wool as they can with both hands and hang on, but Blunt rode like a professional bull rider with one hand in the air. He earned style points others never did.

He reached the mutton busting mandatory retirement age of 6 and moved on to roping events and riding calves and steers.

Blunt and his two older brothers Caleb and DePaul participated in junior rodeo events throughout the Northwest. Blunt said he competed every weekend over a two to three month span.

His mom, Kopper, said the family raised and trained the horses they used in rodeos.

“He was always kind of around that western way of life early on,” Kopper said.

Kopper said growing up around livestock exposed Blunt to a huge diversity of people.

“He’s kind of an amoeba in a way,” Kopper said. “There’s a lot of different worlds that he can fall into.”

Kopper said Blunt also learned how to take care of animals, how to deal with hardships and how to overcome failure. She said Blunt gained many life lessons while competing in rodeos, such as hard work not guaranteeing success.

Kopper’s boys were good at rodeo, but they reached a point where they decided between rodeo and more traditional sports, she said.

Blunt did occasionally compete in rodeos when he was older and rode a bull once. His mom wasn’t thrilled about the idea, but Blunt enjoyed it.

After the bull ride, Kopper suggested no more until after he was done playing baseball.

Bulls are not the only scary thing for Blunt. Since he was a kid, Blunt has been afraid of the rodeo clowns.

Blunt started playing baseball when he was about five and also participated in football and basketball growing up. Eventually, he decided to focus on his favorite sport — baseball.

With her college athletic experience, Kopper said she always supported her sons playing sports. Blunt is one of eight boys and all of them participate in sports in some form.

“College athletics, as well as just life in general, I think it’s important to understand that you get to write your own story,” she said.

Blunt also grew up going to the National Association of Intercollegiate Athletics World Series. His favorite moment at the world series was when he watched DePaul win the title at Lewis-Clark three years in a row from 2015-2017.

Blunt verbally committed to WSU a year and a half before signing a national letter of intent. Blunt said he chose the Cougars because the coaches made him feel at home, and he had friends on the team.

Blunt said he enjoys playing in the outfield more than catching because he feels more comfortable out there.

Participating in rodeos taught Blunt mental toughness, which helped him with baseball. While the two sports are different, they do have one thing in common.

“Both of them, you fail more than succeed,” Blunt said. “So just getting back up and going after it again, after you know you’re probably going to fail, is tough to do.”