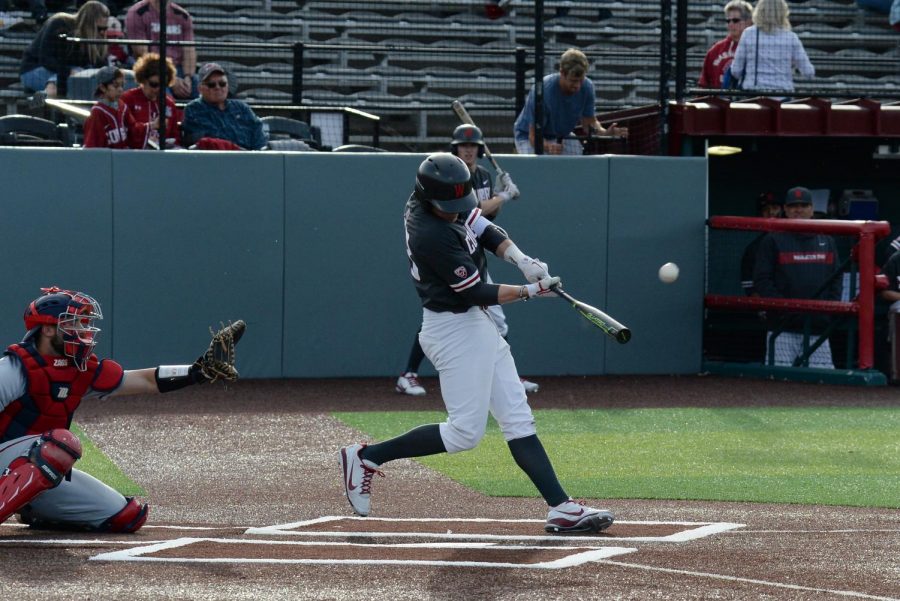 Freshman infielder Kodie Kolden hits a three-run home run in the second inning against Gonzaga on Tuesday at Bailey-Brayton Field.

WSU baseball was shutout 6-0 by Cal on Friday night in the first contest of a three-game road series.

White looked strong through the first five innings, striking out seven batters from the Golden Bears, until he gave up one run in the bottom of the sixth inning.

Cal, who swept Long Beach State last weekend, gave the start to junior left-handed pitcher Arman Sabouri. He only pitched two innings and allowed one walk,  one hit and no runs.

Sabouri was replaced by freshman right-handed pitcher Sam Stoutenborough in the top of the third inning.

The game was scoreless until the bottom of the sixth inning when Cal sophomore outfielder Connor Mack hit a sacrifice fly to center field to give the Golden Bears a 1-0 lead.

The Cougar defense held off Cal as they left plenty of batters on base despite having eight hits through six innings.

The bats kept swinging in the bottom of the seventh inning for the Golden Bears as they added four more runs to take a 5-0 lead.

Cal continued to add to its score in the bottom of the eighth inning when junior catcher Korey Lee hit a double to left-center field to score junior infielder Cameron Eden.

The Cougars were unable to muster any offense and only had four hits en route to a 6-0 loss.

Stoutenborough was given the win after pitching seven innings and only allowing three hits and one walk.

WSU will look to secure its first conference victory of the season 6:05 p.m. Saturday at Evans Diamond in the second game of the series. The game can also be seen live on Pac-12 Networks.