Cougars boat finishes 11 seconds ahead of UCLA to earn victory 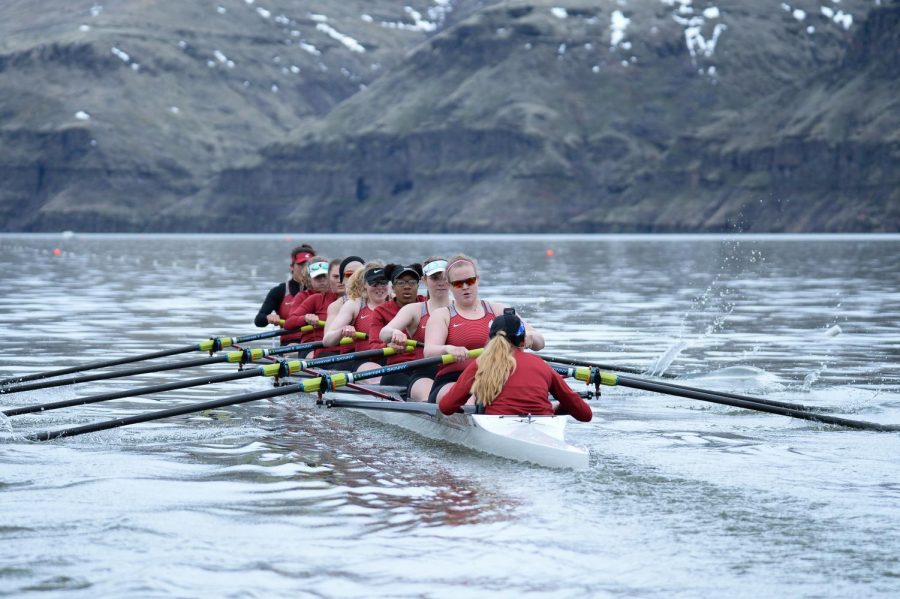 WSU’s third varsity eight competes in a regatta against four other teams March 24 on the Snake River.

WSU rowing capped a weekend at the San Diego Crew Classic on Sunday with its second varsity four capturing gold in its race.

Head Coach Jane LaRiviere said she was proud of her team’s performance.

“Competition was fierce and we have two weeks to get better and that’s what we are going to do,” she said in a WSU news release.

WSU also finished sixth in the race for the Jackie Ann Stitt Hungness Trophy with its second varsity eight. The Cougars finished over 32 seconds behind first-place Stanford who clocked a time of 6:39.198 to claim the cup.

WSU will take nearly two weeks off before they return to the water to take part in the Clemson Invite on April 19-20 at Lake Hartwell in Clemson, South Carolina.