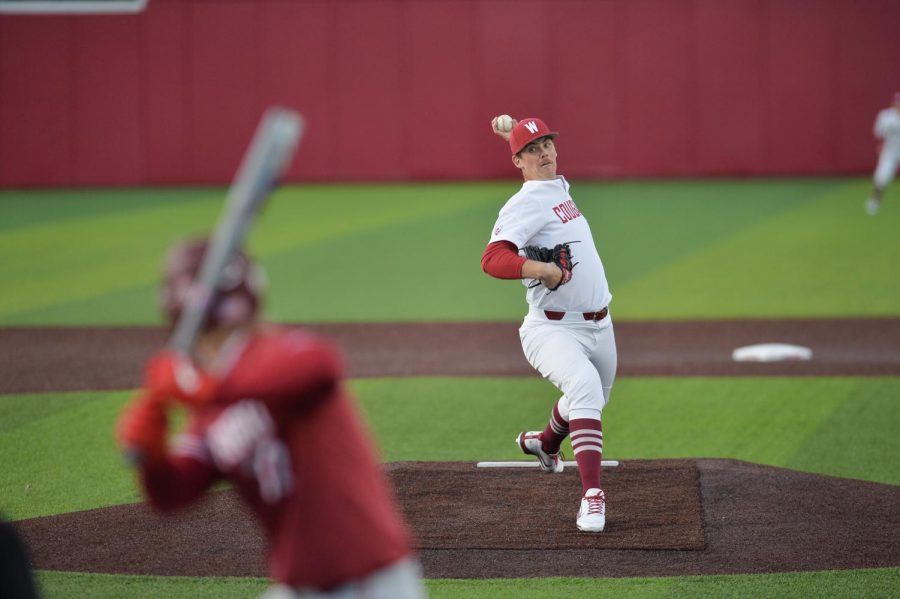 Freshman Pitcher Ky Bush pitches against junior Stanford Outfielder, Kyle Stowers, in the top of the 6th in Friday’s game against Stanford at Bailey-Brayton Field. Stowers was walked in 4 pitches.

WSU baseball returns home after a short three-game road trip to the Bay Area where they faced Cal for the first time this season.

The Golden Bears have had a red hot week with four straight wins since Friday. This included a 6-0 shutout victory over the Cougs to claim the first game of the series.

The Cougars have had a rough go this year but could easily find success against Seattle University on Tuesday.

The Redhawks have lost five straight games as of Friday where they played close games. Seattle University has struggled to get its pitching on track all year.

Seattle University sits just 3-10 on the road this season. However, one aspect of their play is their dominant offense.

Seattle University has a team average of .278 compared to WSU’s .257. Despite the 16-point difference, the Western Athletic Conference isn’t the strongest division in college baseball especially in comparison to the Pac-12.

Fans could get the chance to see an offensive showdown since both teams have high ERA’s. WSU has a 6.39 combined ERA while the Redhawks have a 5.14 ERA.

WSU Head Coach Marty Lees said that despite the team not performing to the expectations he hoped for, the team is staying positive.

“We haven’t been playing very well, we’ve all been frustrated this season,” Lees said. “But what I like about this group is they stay together, they will continue to stay together and hopefully we can start moving in the right direction.”

The Cougars have 17 freshmen this season that Lees said are still getting a feel for Pac-12 play.

In order to win Tuesday, WSU will have to remain consistent on all aspects of the game including run production. Though they average around 9-12 hits a game, their run totals have cost them multiple games with a rocky pitching staff.

Senior infielder Andres Alvarez and sophomore outfielder Collin Montez add a nice veteran presence in the lineup and can potentially help the team find a nice offensive groove with their success at the plate this season.

The Cougs are 1-2 overall against Seattle U since Marty Lees took over as head coach five years ago and would like to even the series and pick up a much-needed win.

WSU will take on the Redhawks starting at 3:05 p.m. on Tuesday at Bailey-Brayton Field and can be viewed on the WSU live stream.