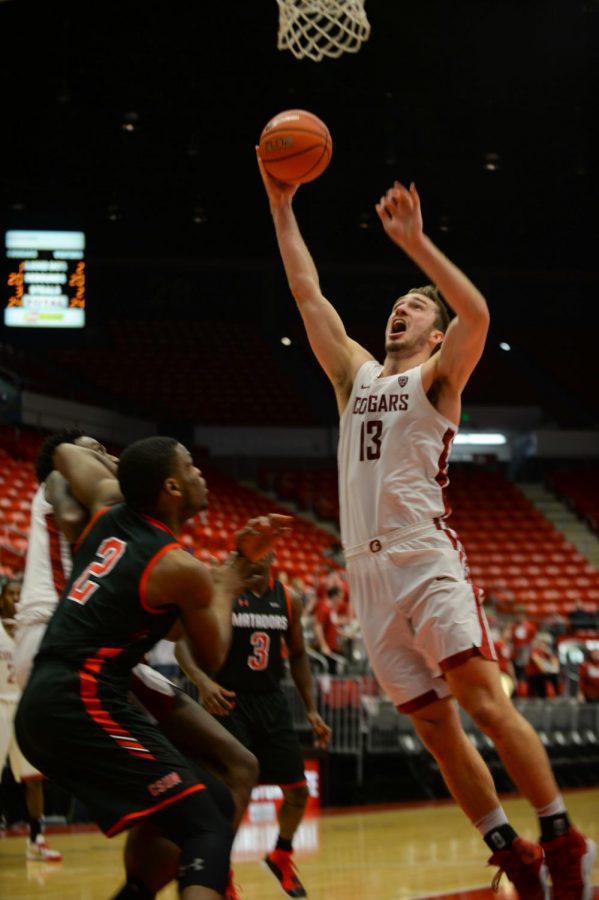 Junior forward Jeff Pollard attempts to score in the second half against California State University Northridge on Nov. 27 at Beasley Coliseum.

WSU men’s basketball forward Jeff Pollard will return to the Cougars for his senior season after testing the waters by putting his name in the NCAA transfer portal.

“I started this process as a contingency plan when [Head] Coach [Ernie] Kent and his staff were let go … With their departure I needed to be prepared to make a decision that would be best for me on an athletic, personal educational level, no matter how hard that decision would be,” Pollard wrote.

During his introductory press conference on April 1, new men’s basketball Head Coach Kyle Smith made a pitch to Pollard in front of the media and Cougar fans.

“You are a Coug, so we want you back,” Smith said. “I’ll go biblical and the story of the prodigal son, man, in open arms you come back. We’re all hugs, we’re all love.”

In 80 career games at WSU, Pollard is averaging 3.5 points and 2.1 rebounds per contest.

Pollard wrote that he is looking forward to leaving a legacy at WSU and celebrating his senior night in Beasley Coliseum next year.

“I’m too much of a Coug to be anywhere else,” he wrote.