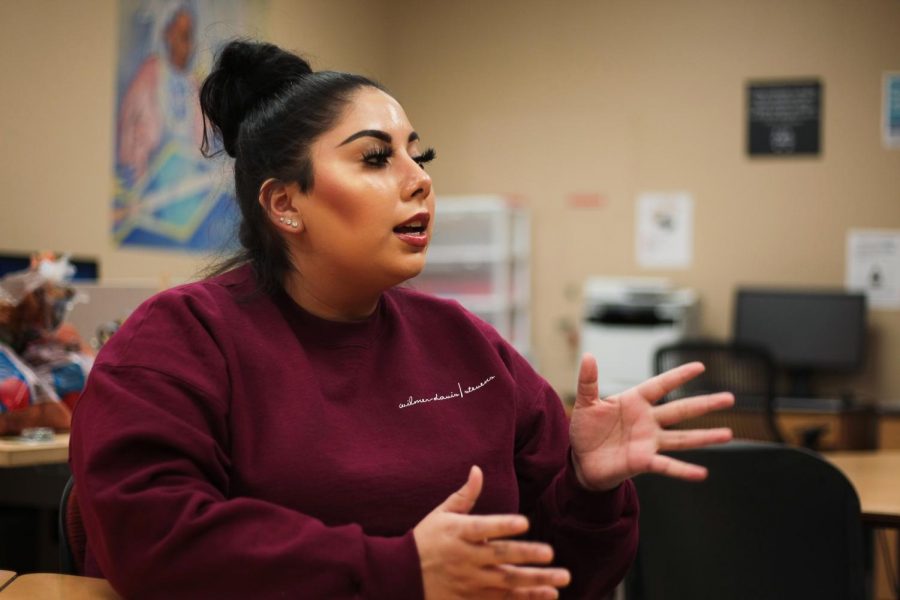 NAWA Vice President MyKel Johnson says the Stolen Not Forgotten event will allow groups to have a voice while bringing attention to murdered and missing indigenous women.

The Native American Women’s Association (NAWA) at WSU will host an annual event to raise awareness on the issue of missing and murdered indigenous women (MMIW) at 5:30 p.m today.

The event, titled Stolen Not Forgotten, will include a candlelight vigil, collaboration with other groups and a showing of a documentary.

NAWA Vice President MyKel Johnson said the event is open to all students and community members. They will meet under the Lighty Bridge and will start with a candlelight vigil.

“We’ll start off with a cultural, almost spiritual experience,” Johnson said. “We’ll say a prayer and invite others, whatever their religion may be, to say a silent prayer in remembrance of those who have passed.”

After the vigil, they will transition into an open-mic portion of the event on the steps of Todd Hall. Different groups will speak, perform and discuss issues that concern MMIW, such as domestic violence and sexual assault, Johnson said.

Alternatives to Violence of the Palouse will be present to offer support and resources for attendees, she said.

She said they will also show “Finding Dawn,” a Canadian documentary about MMIW in the Smith Center for Undergraduate Education.

Johnson said the event is a cross-cultural collaboration between various multicultural groups who will discuss the prevalence of domestic violence within their communities, as well as some groups under the Coalition for Women Students.

MMIW is the main focus of the event, Johnson said, but NAWA also wanted to collaborate and learn from other communities.

Johnson said it is important to bring awareness to domestic violence and sexual assault and how those issues impact communities, especially marginalized and underrepresented ones.

“This just really provides opportunities for people to have a voice and have a platform,” she said.

Johnson said she has been present every year the event was put on. The past events have focused more on the MMIW issue, and it has transitioned to include other groups to bring awareness to other communities dealing with violence against women.