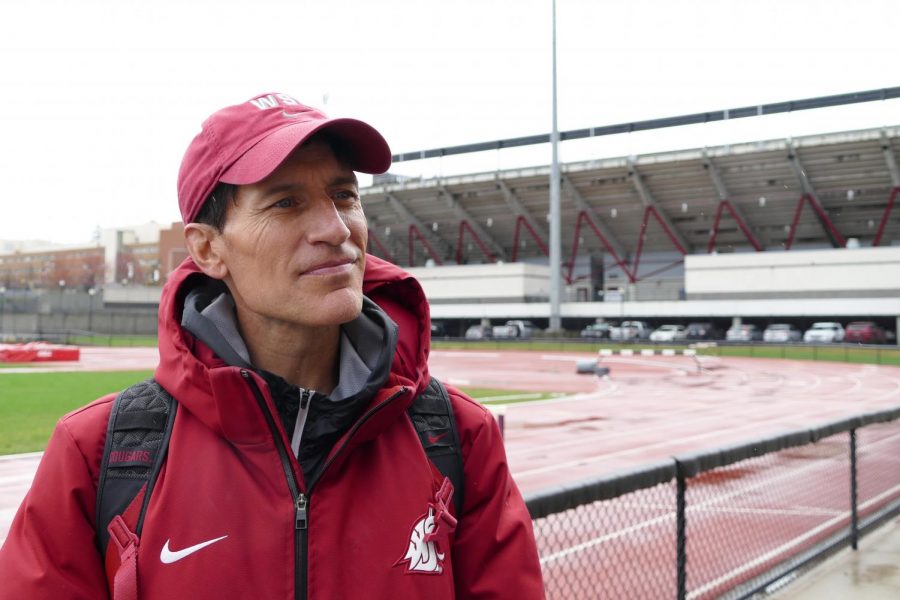 WSU Track and Field Director Wayne Phipps talks about the team’s strengths and challenges looking forward on Tuesday morning at the WSU Mooberry Fields. Most of the athletes attending the invite are throwers.

WSU track and field will travel to Cheney, Washington, to compete in the Pelluer Invitational this Friday. The invitational will be two days long and will be hosted by Eastern Washington University.

Track and Field Director Wayne Phipps said this meet will be important for the entire team.

“This is a great opportunity for some of our athletes to improve upon marks from previous meets this year and get some athletes more of an opportunity to compete,” Phipps said.

There will not be a full team traveling to the invitational this weekend; however, there are still plenty of members attending who will get in some much-needed competition.

The team on the road this weekend will be focused primarily on throwing, which will begin on the first day of the invite and continue throughout the morning of the final day.

Phipps said he thinks that this meet will serve the needs of the throwers but not the majority of the running events.

“We do have a large number of throwers going up,” Phipps said. “So we’ll have plenty of opportunity to improve in those areas, but not so much in the other events.”

There will be some sprinters attending, though most of them will be resting up for the heavy number of meets coming up over the next couple weeks.

One thrower to watch for this weekend is redshirt senior Brock Eager. Eager has been performing spectacular this season and is making quite a name for himself among throwers around the country, Phipps said.

“Eager, right now, is kind of leading the pack for us,” Phipps said. “[He is] one of the top throwers in the nation and gets better each weekend as he competes.”

The team has been performing well within their events as they took home 11 individual wins last weekend in their dual meet against Washington in Seattle.

There are still multiple meets the team has to compete in before reaching the Pac-12 Championships, but the championships are rapidly approaching as it is only one month away.

With Pac-12’s coming soon, Phipps thinks the team will pose a threat not only in the Pac-12’s but also the NCAA.

“I think we’ve got a large number of people who have the opportunity to finish really high at Pac-12’s and go on to NCAA’s and finish as NCAA All Americans,” Phipps said.

The team will make the short drive to Cheney on Friday in hopes to continue their recent success.