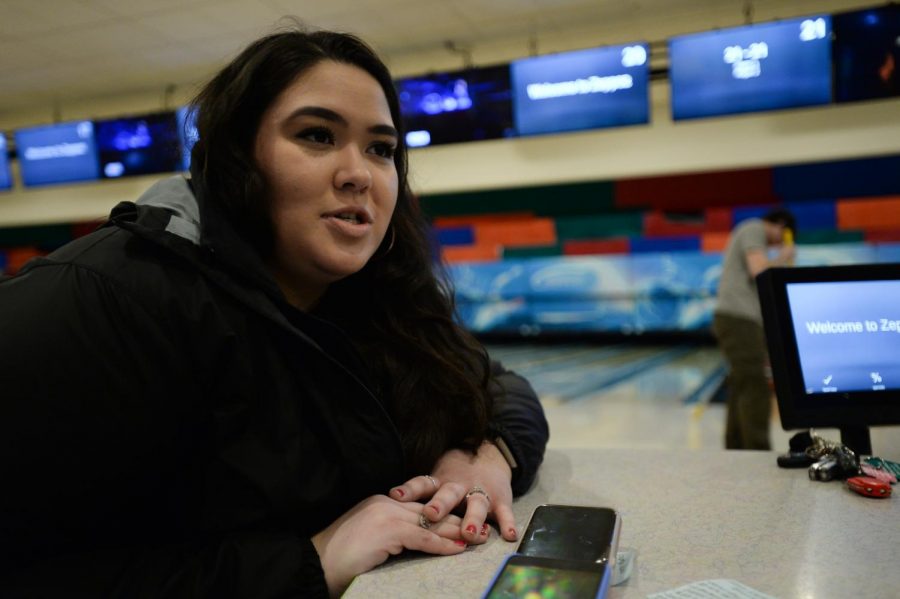 Bowling Club President Megan Wittenberg says the Monte Carlo bowling comes with possible cash prizes and is open to the public on Monday at Zeppoz.

WSU Bowling Club members will return with their biannual bowling party this weekend at Zeppoz.

“It is for Mom’s Weekend, but anybody is welcome,” Wittenberg said. “It is just a chance for students, or anyone in Pullman, to come in and have fun with their family.”

Certified Bowling Club Coach Ned Bowman said the games will be played in the Monte Carlo format. They will use colored pins and set them in a particular position in the deck, and whenever the bowler lands a strike, spare or split, they will receive a cash prize of up to $5 each time, he said.

Wittenberg said they will also feature “Mom of the Day” prizes, which will be given to one lucky mom. The winner will be decided through a raffle contest with tickets given to all moms upon entry.

Proceeds will go toward supporting the club in future tournaments and other expenses, she said, and the club raised about $1,200 during last year’s event.

“It is sort of a fundraising event for the club,” Bowman said.

Wittenberg said the event, which has been going on for 8 years under Bowman’s management, was a great hit last year with an attendance of about 100 people.

“There were so many people last time that we had to turn some people away,” said Wittenberg.

She said interested individuals have the option to save a spot on the lane by signing up at the front desk of Zeppoz.

The club’s men and women’s team has been ranked top 90 in the nation, Bowman said, and they play against some of the best collegiate teams in the U.S.

Zeppoz is located at 780 Bishop Blvd.