‘Asking for help is a sign of strength, not weakness’ 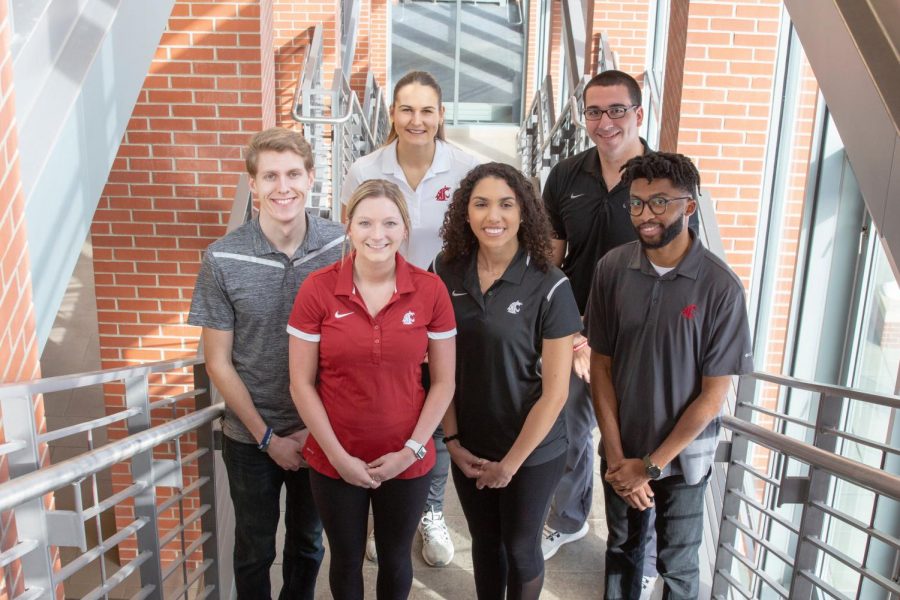 COURTESY OF THE COLLEGE OF EDUCATION

A group of six WSU sport management students launched the 3 FOR 3 Burpee Challenge on March 3 and have raised about $10,000 so far for Hilinski’s Hope. They will be hosting a free event from 2-4 p.m. Friday on top of the Holland-Terrell Library.

In just over a month, the 3 FOR 3 Burpee Challenge has raised about $10,000 for the Hilinski’s Hope Foundation.

The campaign was started by a group of six WSU sport management students with the goal of raising mental health awareness and destigmatizing the illness. All people have to do is record a video of themselves doing 3 burpees, challenge 3 friends to do it and post it on social media.

The motto for the campaign is “get up for those who are down.” The movement has swept the nation, and this Friday on top of the Holland and Terrell Libraries, the group will be recording videos of people of all ages who choose to participate in the challenge.

The free event will be held from 2-4 p.m. and will include raffle prizes. Hilinski’s Hope merchandise will be available for purchase.

All the money raised during the event and the challenge will be donated to Hilinski’s Hope. Kym Hilinski, whose son Tyler died from suicide over a year ago, said the campaign the students created was a perfect fit for what both of them hope to accomplish.

“I think they are doing more than trying to spread awareness. They are trying to save lives,” Kym said. “I don’t even think they realize what they’ve done, how much they’ve accomplished in such a short amount of time.”

The campaign was launched on March 3 in honor of Tyler’s No. 3, and college teams, athletic directors and university presidents around the world have participated in the challenge.

Barbora Michalkova, project manager for the challenge, said the group pitched the idea at the beginning of this semester for their capstone project in Sport Management 489.

The group then got in contact with Kym with some help from their professor Chris Lebens and made sure she was comfortable with the idea. Kym supported the challenge 100 percent and the campaign has taken off since.

Michalkova, who played tennis at WSU from 2015-18, said the decision to partner with Hilinski’s Hope was easy.

“We wanted to do something for Hilinski’s Hope because Tyler would be in class with us this year,” Michalkova said.

During Friday’s event, mental skills coach Collin Henderson will be speaking about the power of self-talk and giving people in attendance tools to feel more comfortable expressing their feelings.

Henderson, who played football at WSU from 1999-2003 and baseball from 2002-04, is the creator and founder of Project Rise, which teaches people, teams and businesses the idea of setting goals, attacking fears and having a positive mindset.

“Asking for help is a sign of strength, not weakness,” Henderson said.

Project Rise started out as a blog post Henderson made in February 2016 and grew quickly once he saw the attention it received and the number of people who reached out for help.

Henderson realized he had information and skills he could share with others, so he started traveling across the country and spreading his message.

But it was not easy because before Henderson became the person he is today, he struggled speaking out about his own mental health issues and being vulnerable.

“I hit a stage in my life where I wasn’t very confident, and I didn’t like my job,” he said. “My mindset was my biggest hurdle.”

Then a handful of mentors showed Henderson the power of mindset, and it transformed his life.

Henderson said social media has allowed him to share his knowledge and reach people who typically don’t bother with taking care of their mental well-being.

“Being ignorant is a choice in this day of age,” he said. “I just really believe that if you’re not investing in yourself … you’re getting worse.”

Henderson said he will emphasize three values during his speech Friday: gratitude, giving and growing. He said its been amazing to see what Hilinski’s Hope has done for mental health awareness over the past year, which is why he feels honored to speak at the event.

“With Tyler, everybody was shocked,” he said. “Here’s a kid who looks like he has everything. He’s about to be the captain and starter, and he’s not here anymore. I hurt for his family.”

Despite the name of the challenge, Kym said people who participate don’t have to do burpees, as she realizes burpees aren’t easy to do. Anything that symbolizes Tyler’s No. 3 is good enough — whether that’s holding up three fingers or clapping three times.

Kym said the money the student group has already raised enough to pay mental health professionals for the installment of a program called Strength is Asking for Help: Athlete to Athlete Mental Health Training at one university, which costs between $5,000 and $7,000.

Michalkova said the students’ goal for the event is to raise as much money as possible for Hilinski’s Hope, but they are aiming for $20,000.

Kym is not able to attend the event but she will be there in spirit, along with Tyler, she said.

“I loved that kid so much when he was right here next to me,” she said, “and maybe he’s not here with me physically, but I’m going to love him the same exact way as I did when he was arm and arm, walking down the street, holding my hand when he was a little 4-year-old.”