‘She was always there for me’

Baseball players reflect on what their moms mean to them, sacrifices they made in life 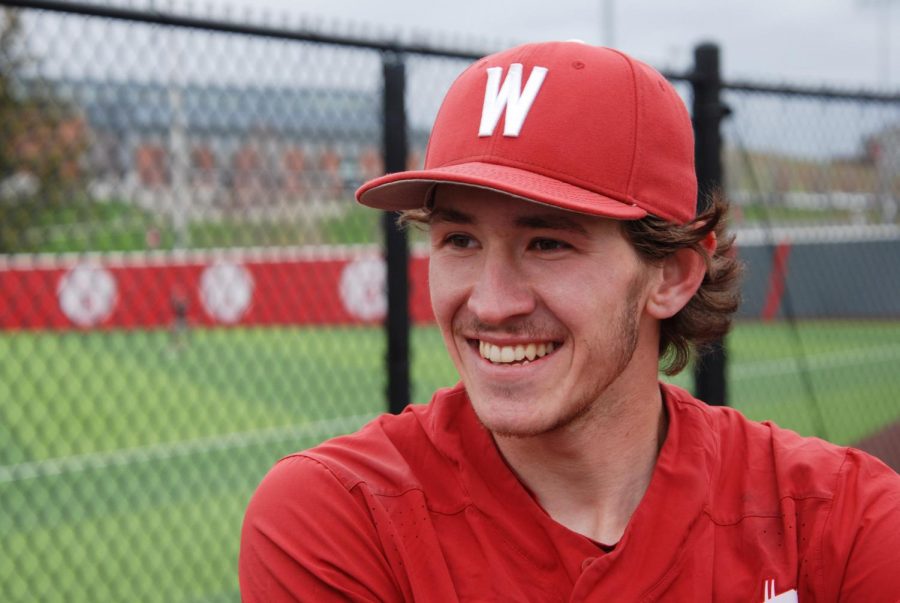 This Mom’s Weekend, WSU baseball will take on Oregon in a three-game series with their mothers in attendance.

For the majority of players on the team, it’s an exciting time as it brings back memories of their Little League days where it all began.

Junior infielder Dillon Plew said he’s always been inspired by how hard his mother, Laurie, works. He said this pushes him to go the extra mile on the baseball field and continue to grow as an individual.

“My mother pretty much came from dirt,” Plew said. “She worked incredibly hard to get to where she is today and the really impacted me because as a baseball player, you never stop working.”

Freshman outfielder and left-handed pitcher Tyson Guerrero said he feels lucky to have his mom, Lisa, because she inspires him to be great at what he does.

Guerrero said what he loves most about his mom is how supportive she is, even though sports isn’t her particular area of interest.

“My mom has never really been a sports lady, but she’s always at my games cheering me on,” Guerrero said. “No matter how rough of a game I had, she was always there for me.”

Plew said whenever he has a tough time at the plate or on the field his mom lets him know that he still did an awesome job.

What has impacted these two players the most is the morals their mothers instilled in them that have carried onto the baseball field.

“My mom turned me into a respectful young man, which has helped me become a leader,” Guerrero said.

Montez said he’s thankful for everything his mom has sacrificed for him to get where he is today.

“My mom has bought me a lot of gear over the years,” Montez said. “I appreciate all of that because equipment and club teams can cost quite a bit.”

Plew said that his mom has always made sure he was kind and respectful to everyone.

He also said his mother helped him become more vocal on the field, which has allowed him to become a leader to the younger players on the team.

“My mom is definitely the loud talker of the family,” Plew said. “In order to talk you have to out-talk her and talk louder. I can guarantee that is what has made me louder on the field.”