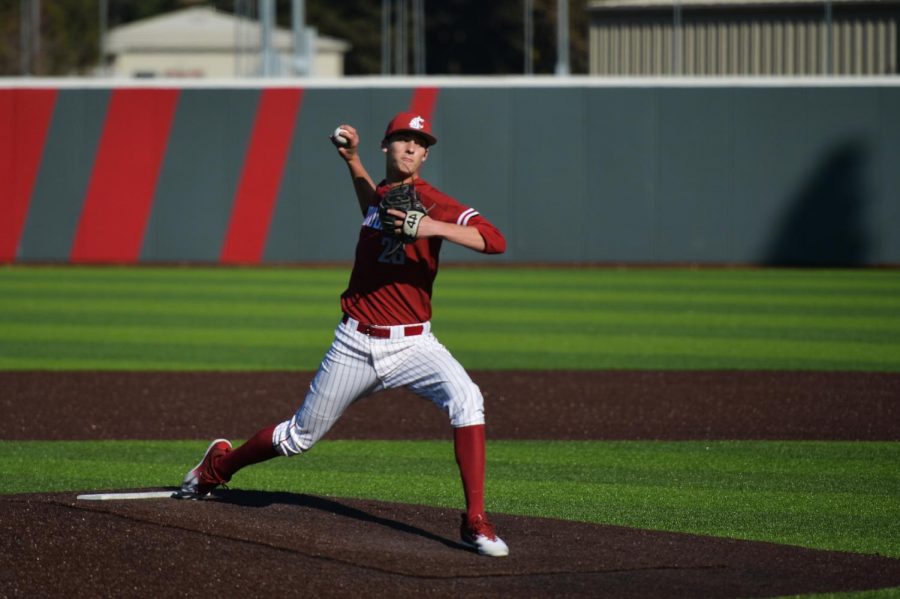 The Ducks loaded the bases twice and WSU did not get an out until the eighth batter. The Cougars trailed 5-0.

Junior first baseman Dillon Plew and Sinatro led off the bottom of the first with back to back singles to the outfield. Senior Andres Alvarez advanced the runners on a sacrifice bunt.

The first inning lasted about 45 minutes and WSU trailed 5-1.

In the second inning, Oregon freshman right fielder Tanner Smith led off with a triple to left-center field. WSU got three outs in a row to end the top of the second. WSU did not get the bats going and the score reminded 5-1 after two.

The Ducks scored four runs in the third inning, one in the fourth and 11 in the sixth to take a 21-1 lead.

In the bottom of the eighth, WSU ended its six inning scoring drought. Freshman catcher Bradley Polinsky hit a double to center field for his first career hit and sophomore right fielder Brody Barnum hit a single up the middle to bring him home.

In the bottom of the ninth, junior utility Grant DeLappe got his first career hit. The Cougars scored one more run before the game ended 21-3.

The Ducks outhit the Cougars 19-9 in the game and WSU committed four errors.

Sinatro said there a lot of changes the team needs to make. He said they need to field, hit and play better.

“I know it’s here,” Sinatro said. “There’s plenty of talented guys, but we just all got to put it together and get it done.”

The Cougars look to bounce back noon Saturday in the second game of the series at Bailey-Brayton Field.