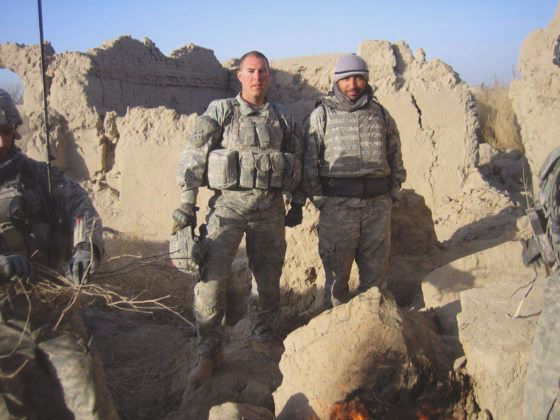 A former Army medic and volunteer firefighter at the District 12 Whitman County Fire Department is undergoing treatment for paralysis from the chest down at a veterans’ affairs hospital in Seattle.

Richard Carson, 28, was involved in a severe single-person car crash on Jan. 30 and immediately taken to Providence Sacred Heart Medical Center in Spokane. On Feb. 16, he was transferred to the VA hospital, District 12 Training Chief Eric Gibson said.

Jessie McCleary, a volunteer with the fire department, has planned a spaghetti feed benefit to alleviate Carson’s medical costs. According to the event’s Facebook page, firefighters, family and friends at the Whitman County Fire Department Station 3 in Pullman will be holding the spaghetti feed at 252 Whelan Road on March 18.

Carson has served as a volunteer firefighter for District 12 for the past two years, Gibson said. From 2009-10, he was a line medic with Charlie Company, First Platoon of the 112th Infantry serving in Afghanistan, according to the event’s Facebook page.

After an improvised explosive device severely injured Carson on April 17, 2010, he continued to help and direct soldiers in his unit. After the incident, he received the Purple Heart, and for his courage he was awarded the Combat Medic Badge.

Individuals can donate to Carson through a youcaring.com webpage or a fund the local Columbia Bank set up. As of Thursday evening, 67 donors have given more than $10,000 through the youcaring.com webpage to be used for Carson’s medical expenses. To ask questions about the spaghetti feed or how to donate, email McCleary at jessiemmccleary@gmail.com.

“If we were lying in that bed, he would be doing the same for us,” Gibson said. “He is a quality dude, there for anybody who needs him.”