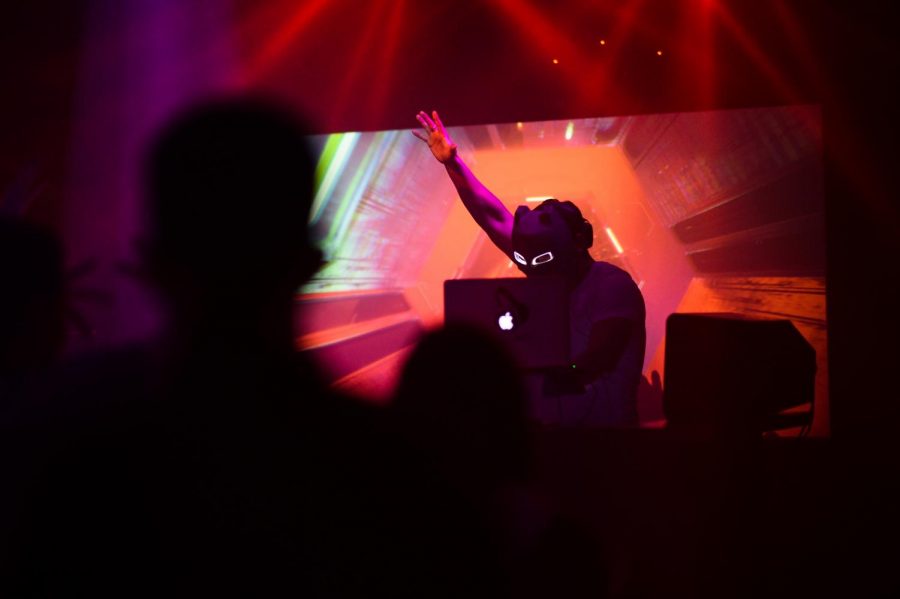 Zachary Cartwright, who goes by DJ Grape Vinyl, performs at Etsi Bravo frequently, as does Robmon, a DJ and WSU student.

When Zachary Cartwright first bought a turntable six years ago, he thought of it as more of a hobby. Now he’s beginning the process of opening a studio in Pullman.

Cartwright, who also goes by DJ Grape Vinyl, came to Pullman in 2013 for graduate school studying food science with a focus in wine. Though he had finished his undergraduate studies at New Mexico State University to become a dentist, he wound up an employee at a winery and loved it. He wanted to work with wine and found that WSU was one of the best places to go for that.

“My first summer here, I didn’t know very many people. I didn’t know what to do,” Cartwright said. “I’d been thinking about DJing for a while, so I just bought turntables and a mixer on a whim.”

At the time, he was just interested and wanted to learn. He said it took a while to figure out, but Cartwright was determined.

“I remember [the turntables] showed up, and they were so much bigger and heavier than I expected,” Cartwright said. “I had to figure that stuff out. I watched a lot of YouTube videos. I basically just played for the bedroom in my apartment for a year.”

He ended up reaching out to DJ Goldfinger, who works at Stubblefields, for lessons.

“I guess he’d heard one of my mixes,” Cartwright said. “That night he gave me a chance … I’d never performed in front of anyone, but he let me perform and then he hired me, kind of on the spot, and mentored me.”

The help that Cartwright got from Goldfinger stuck with him, and he wants to do the same for others, he said. When he realized he might be leaving Pullman, he wanted to make a lasting impact. For him, a studio was the best way to do that.

Cartwright met Radke when Radke messaged Cartwright. Radke had apparently messaged multiple DJs in search of networking opportunities, though no one offered help to him, Cartwright said.

“I recognized his message because I had been there before, and I said, ‘Yeah, come over. I’ll help you out,’ ” Cartwright said. “He’s just one of those people with so much talent. He just needs some opportunity.”

Robmon, whose real name is Rob Monroe, is a WSU senior studying psychology and met Cartwright under different circumstances.

“I started working at Etsi Bravo last year,” Monroe said. “I worked as a bouncer, and that’s kind of how I met Zach because he was one of the resident DJs.”

“He kind of just linked us together,” Monroe said. “So now when we sit in a room, everything just flows. We don’t really run into any walls.”

Radke, Monroe and Cartwright now perform with one another on a regular basis. Last week, they hosted a show featuring Spokane-based DJ VitaminV. They enjoy performing together, Cartwright said, which is why he feels so determined to start this studio.

“I’m just hoping that [the studio] gives the DJs I’m working with, and perhaps other DJs as well, the tools they need to make music,” Cartwright said. “For us to actually have instruments that allow us to touch and feel what’s actually happening allows us to make much better music.”

Though they have yet to find a location for the studio, Cartwright said they are still looking. It’s important for Pullman to have something like this, he said.

Cartwright is also looking to expand. He wants anyone interested in things like this to feel free to help. Other DJs or videographers or creatives of any type can contribute, he said.

“By working with these other DJs, I’ve realized we’re all really helping each other,” Cartwright said. “And it makes it more fun. It makes it more exciting, so anyone who just wants to experience being on a team that is trying to make it to the next stage [is welcome].”