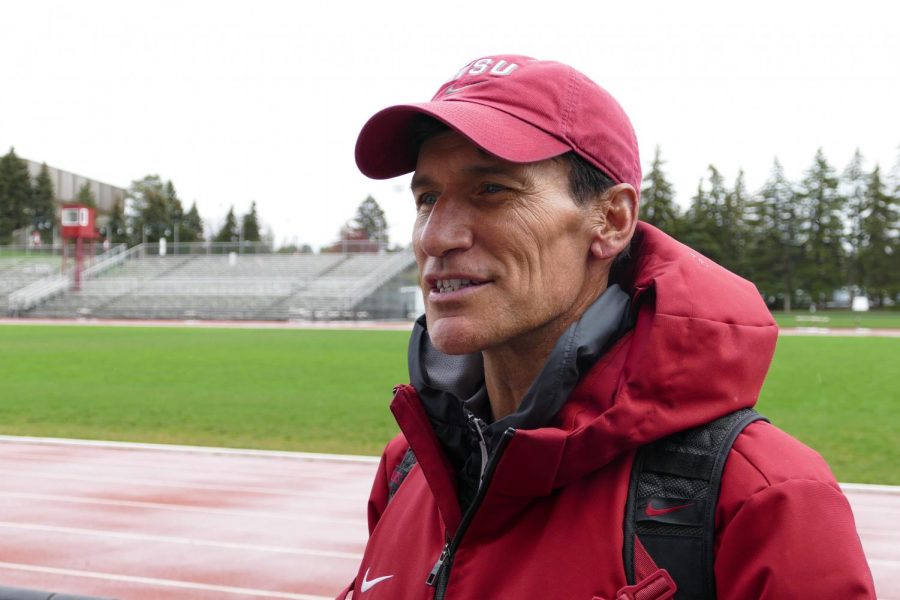 WSU track and field will travel down to the Los Angeles area to compete in multiple invitational meets this week.

The team will be traveling as a whole when they go to Southern California, said WSU Track and Field Director Wayne Phipps.

“This is a big weekend for us,” Phipps said. “It is one of the few opportunities we get to have our entire travel roster in the same place at the same time in good conditions. This is always a weekend that we look forward to and, traditionally, have a lot of good results.”

The Cougars have run into multiple meets with poor weather, including the Pelluer Invitational hosted by Eastern Washington University and a dual meet with the University of Washington in Seattle.

However, WSU had a solid outing at the Pelluer Invitational, with five athletes finishing first in their respective events.

“We’re excited, the last couple weekends we have ran into some pretty miserable weather,” Phipps said. “So I think that everyone’s excited to run down to Southern California and get some good weather.”

Each venue this week will highlight different events. The Mount SAC Relays will feature some of WSU’s long-distance runners and the throwers will be featured in both invitationals.

Phipps is excited for the upcoming meet as many schools travel to California for the event.

“This weekend is probably the biggest weekend in the collegiate season,” Phipps said. “This is where everybody heads to on this weekend, so the competition is going to be awesome at all of the meets.”

The Cougars will be competing Wednesday through Saturday, which may be a challenge.

Phipps says he is looking forward to having the opportunity to compete in such a fast-paced week, as it sets up what the postseason will look like for the athletes who compete well enough to make it there.

“I think this is a weekend that simulates what we’re going to run into when we run into the Pac-12 [Championships],” Phipps said. “Then to first rounds, then hopefully ultimately to NCAA finals where student-athletes are required to go back-to-back days. We’ll balance it out a little bit so that we won’t do too many events on any one day for any person.”

The first meet will start on Wednesday at the Bryan Clay Invitational, transitioning to the Mount SAC Relays on Thursday and topping off the week with the Beach Invitational starting on Friday.