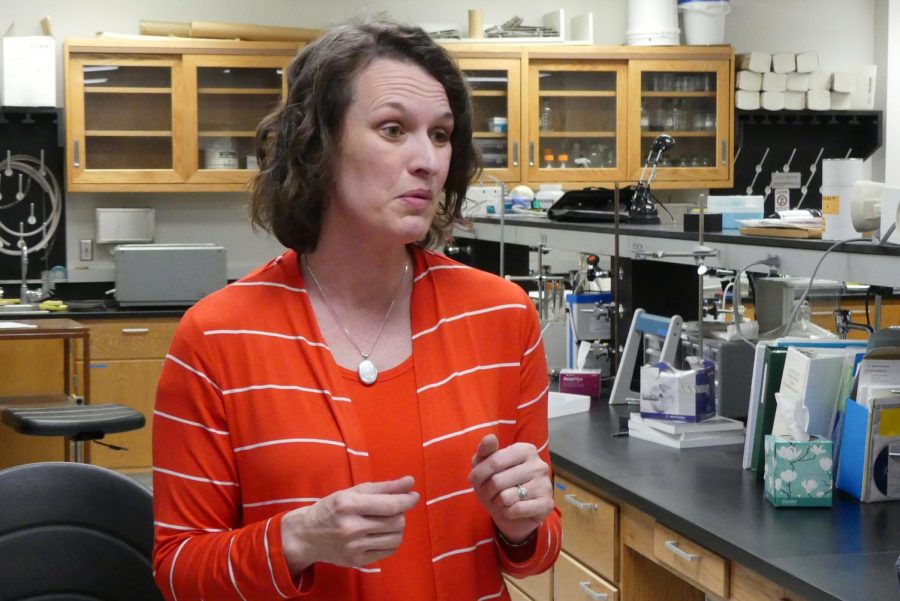 They are using an electronic tongue with seven sensors that each react to one of the flavors: sweet, sour, salty, spicy, bitter, umami and metallic, said Carolyn Ross, director of the Sensory Evaluation Facility and food science professor.

The researchers also used a sensory panel, she said, in which they had anywhere from 100 to 120 people taste different salt compounds in foods.

“We’re trying to see how well [the electronic tongue] can predict what people say because that’s ultimately what we want to know,” Ross said.

The sensory panel tasted salt compounds added to tomato soup. They also tasted a solution, which was used to simplify the system to see the results from the different salts, she said.

Sodium chloride, also known as table salt, is not healthy because it raises blood pressure, Ross said, although it does taste good.

“Not only are we pulling out the sodium that’s part of regular table salt, but we’re replacing it with another compound — potassium — that’s actually good for us,” she said.

Calcium chloride and potassium chloride do not taste good, which is why it is difficult to add more, Ross said.

“They’ve got a lot of bitter notes, some metallic notes, to them,” she said.

Sasha Barnett, a research assistant, has done a lot of research for this project and has been working on it for the last two years, Ross said.

Jeffrey Dailey, master’s student in sensory science, said Barnett found that consumers liked the mixture of the three compounds together in a specific ratio just as much as normal table salt.

However, the researchers also tried a binary mixture. They used two salts, and replaced 30 percent of the sodium chloride with calcium chloride, Ross said.

“The hardest thing was just coming up with a salt mixture that you can include all three of them and actually have a palatable product that people will still eat,” she said. “It’s tricky.”

An objective of the World Health Organization is to decrease salt consumption by 30 percent by 2025, Ross said, because people are eating too much salt.

Ross wrote in an email that the American Heart Association recommends adults have less than 2,300mg of sodium daily, but the organization has an ideal limit of less than 1,500 mg.

Many people do not realize how many foods have salt in them, she said, including canned soup, bread products, cereal and processed foods.

The researchers will still work on creating the right blend of the three salts and will try the blend on other foods, not just tomato soup. Ross said the work they are doing might help to create a snack product with less sodium.