Why women can, and should, break MLB’s gender barrier 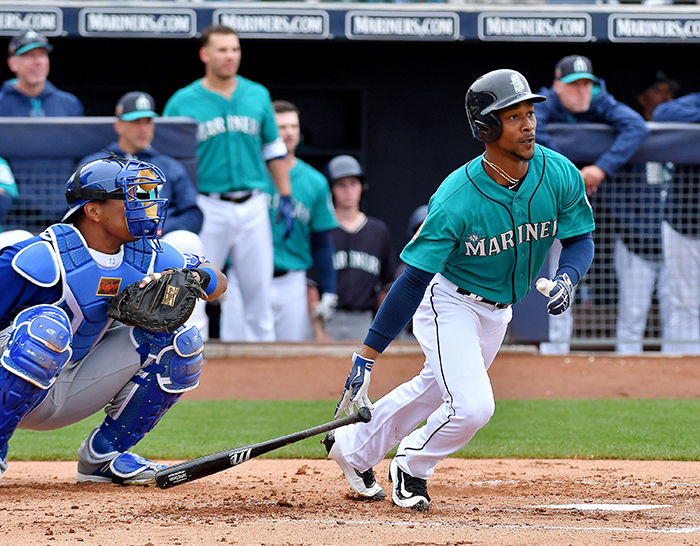 Mariners’ Jarrod Dyson heads to first after hitting a single in Spring Training.

Men and women have never competed together in professional sports, but that is not to say they cannot.

More than 70 years ago, Jackie Robinson became the first African-American to play in Major League Baseball when he signed with the Brooklyn Dodgers, breaking the color barrier in the sport.

Perhaps this barrier can be broken, too. What if an MLB franchise signs a woman?

Kim and Shin said that if you can play, it shouldn’t matter what gender you are. Of course, there are always going to be people that reference the difference in physical makeup between men and women. This belief falls back on the “women are weaker, so they’ll break easier,” argument.

Men, on average, have higher muscle mass, denser and stronger bones and more tendons and ligaments than women, according to psychologytoday.com. That’s not the problem with this argument, though.

I have issues with the overwhelming stigma that no woman can come close to matching-up athletically against a man. It’s as if fans assume that once a franchise bucks this separation of gender trend, teams everywhere are going to start turning over rocks and signing any female athlete they can.

Professional sports are called “professional” for a reason. Believe me, if a woman gets the chance to play in the NFL, NBA or MLB, then she must be just as talented as a man, if not more so.

After all, Robinson wasn’t signed solely to break the color barrier. He played in six All-Star games, won an MVP award and was crowned a World Series champion. The Brooklyn Dodgers pursued Robinson because of his remarkable aptitude as a ballplayer.

Branch Rickey, the Dodgers’ general manager at the time of Robinson’s signing, did not disregard talent with the fear that society wouldn’t accept it. Rickey’s decision to play Robinson unfortunately amplified racist responses amongst fans. The resistance to change was staggeringly high and, in some ways, it still is.

Just recently, current MLB Commissioner Rob Manfred passed a handful of rule changes to America’s pastime. MLB.com’s Joe Posnanski said traditionalists all over the country were not happy with the modifications to the game.

“Any rule change, even ones non-baseball fans would think of as minor or insignificant, will set off many baseball fans,” Posnanski said. “We can spend hours fighting over the new rule to eliminate the four pitches thrown to intentionally walk batters. And, really, who should care about that?”

For a sport that has been around since the early 1830s, adapting to the progression of social norms is not easy but is necessary.

“If baseball does nothing, they’ll probably stay flat for another 10 years,” Rich Luker of ESPN said.

Luker is right. Baseball is a dying breed, but women might be able to save it.

“This will cause media and marketing attention,” Shin said about the MLB hypothetically allowing women to play. This new attention could lead to spiked attendance, viewership and television ratings for the MLB.

Don’t get me wrong, the reason I’m advocating for women and men to compete together in professional sports is not simply because of the spike in ratings. That’s an important aspect nonetheless, but what I’m more focused on is the increase in opportunities for women.

Today, no women have played for any major league team, but about 20,000 male athletes have. Very few women grow up with any inspiration to play baseball.

“That the first little leaguer on the cover of Sports Illustrated is an African-American girl is amazing,” Ring said in her book. “She’s breaking all kinds of barriers. And she still, in her head, is saying, ‘I can’t proceed with baseball.’ ”

That’s the problem. Once we can get past that barrier, many women will follow, because then it will be proven that women can compete with men in professional sports.

Robinson wasn’t the last African-American to play baseball, he was simply the first. If an MLB team signed a woman, I guarantee she wouldn’t be the last either.

Jacob Moore is a junior sports management  major from Tacoma. He can be contacted at 335-2290 or by [email protected]