Identifying threads of commonality can lead to more appreciation 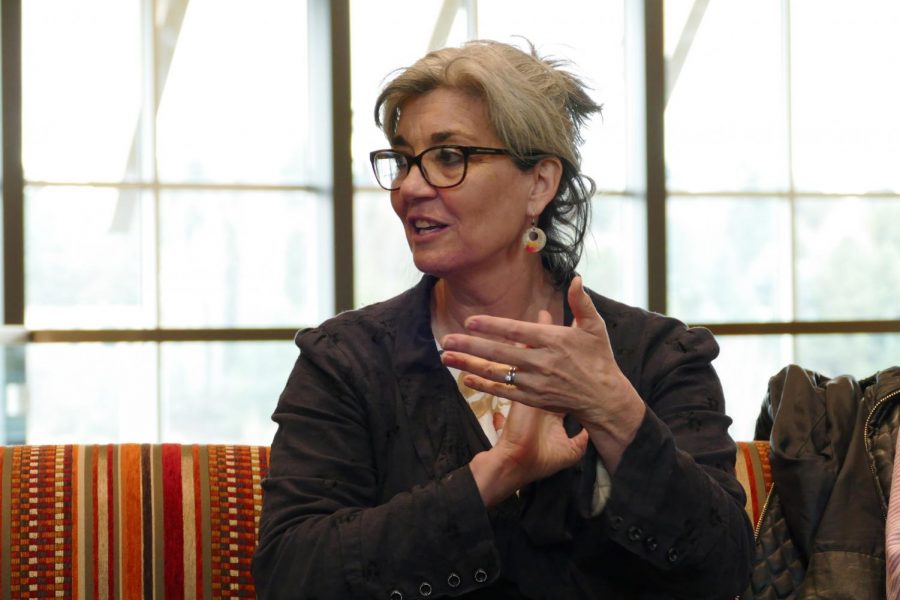 Nolan said she worked on coalition-building for 25 years and has participated in not only her own training, but also similar training in an international level to build coalitions like this.

“[By] being able to identify threads of commonality and [building] coalitions through some mutual self-interest,” she said, “we can appreciate more and more of the differences.”

During the workshop, there was a partner activity that involved one person who would ask personal questions and another would answer. The person who asked the question was not allowed to interject at any point and had to listen to every word the other person said.

Nolan said the point of this activity was to make sure people were actually listening because people can find unique commonalities if they actually listen.

“It’s in that moment of vulnerability, that anything can happen because I am connecting with you,” she said.

Tara Johnson, health promotion specialist at Cougar Health Services, said the main reason she came to this event is that her work is on building coalitions, as well as preventing campus sexual violence.

“Both of those projects require that we build coalitions and that we really take the bulk of campus into account,” Johnson said.

She said it is important for her to get a sense of how to engage with certain topics so she can reach out to more people who need assistance.

“Building some knowledge and skill around engaging with folks with different political ideologies than myself and different values than myself is something I want to get out of this workshop,” Johnson said.

Nolan said discussions on controversial topics with a yes or no answer jostles people and makes them feel uncomfortable at first because people are nervous to hear the other side. By listening, giving feedback and then responding, it will help build coalitions, she said.

“We learn when we get jostled, so this jostles people from the get-go,” she said.

Nolan said even though misunderstandings happen, clarifications could lead to coalitions being built and lessen the chances of having misconceptions.

“If I say in that place that, ‘I really want to understand you,’ ” she said, “then anything could happen.”