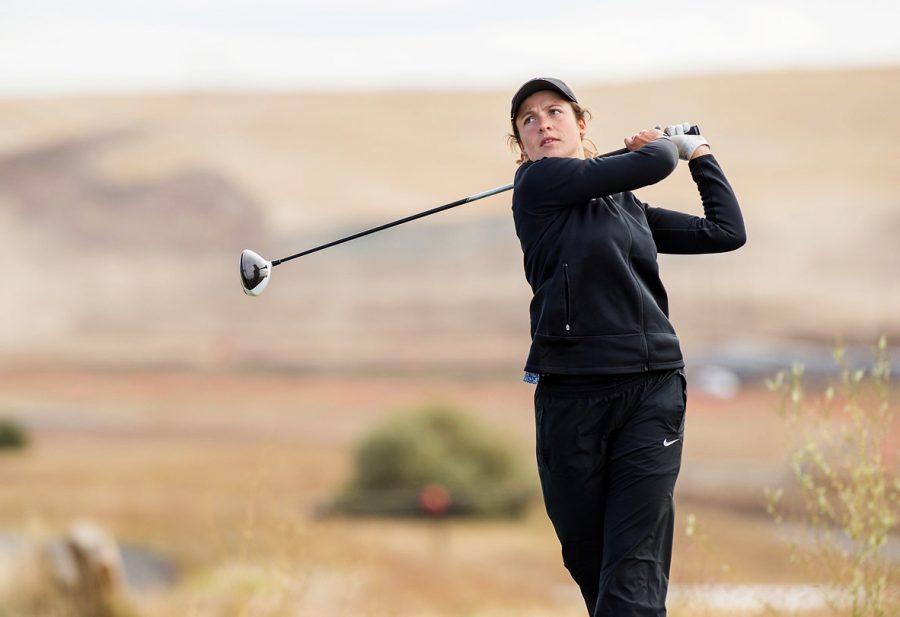 Junior Elodie Bridenne shot a combined 236 in the Stanford Intercollegiate on Oct. 19-21. WSU tied for 14th place at the event.

The Cougars finished the second day of the Pac-12 Championships on Tuesday in Palos Verdes Estates, California with a 297 (+13) to remain in a tie for seventh place.

Playing strong for the Cougars was freshman Amy Chu, who posted a 74 (+3) to sit in a tie for eighth place. She is the only golfer in the top 10 that isn’t nationally ranked.

Freshman Darcy Habgood carded a 75 (+4) in the second round to tie for 20th and junior Marie Lund-Hansen secured a 73 (+2), which was the best score for the Cougars on Tuesday. Lund-Hansen is tied for 39th overall going into day three.

The last two Cougars in the championship are redshirt-sophomore Emily Baumgart and senior Madison Odiorne.

The Cougars will have one more chance to make a move as the final day of the Pac-12 Championships concludes Wednesday.